Overview of European Invention of..

Any kind of violence is not good. Physical violence isn’t recommended by anyone who has humanitarian values. From years clashes between Hindus and Muslims are seen. But recently there has started a trend, the trend is that if a Hindu is murdered on communal grounds, then the media will ignore the culprits and the news won’t be telecasted. But if a Muslim is murdered than the media will some how give it the communal colours. This is an agenda followed my media to taint the image of Hindu community.

FAKE STORY by TIMES OF INDIA 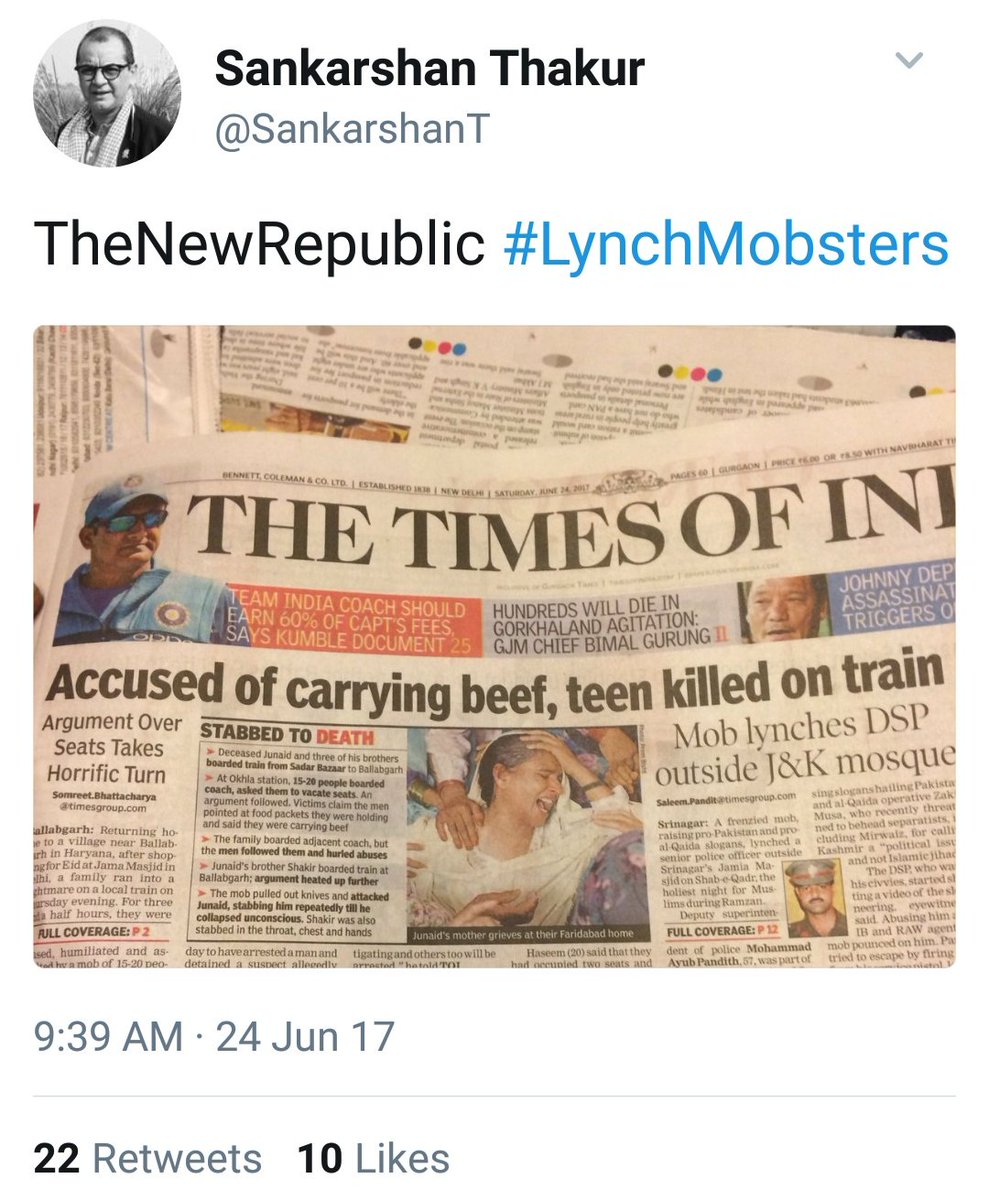 REAL CAUSE FOR FIGHT 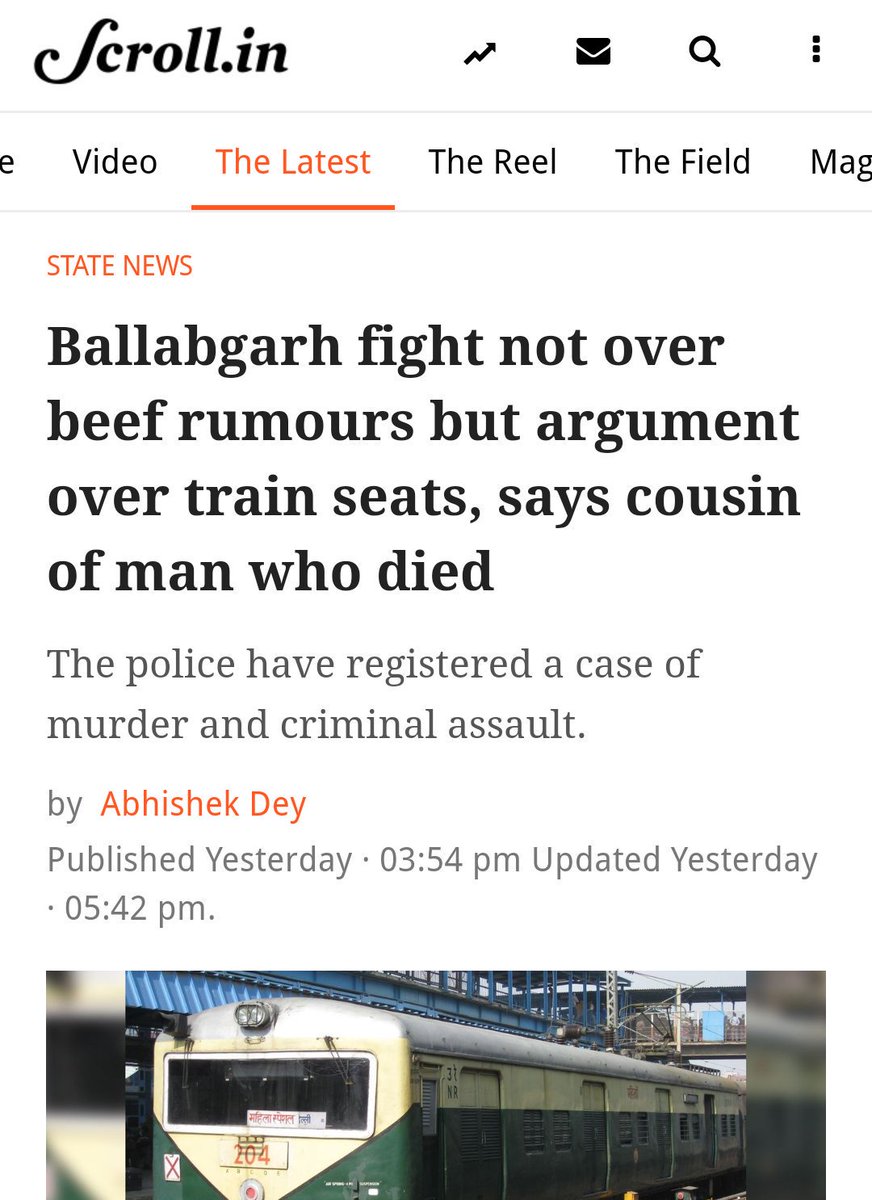 Similar incident happened a few days ago. Several media houses reported that a group of four people were thrashed in a train between Delhi and Ballabhgarh in Haryana over rumours of them eating beef. One of the victims died due to injuries.

The four men –Junaid, Hashim, Moeen and Mohseen – had boarded a local train from Delhi’s Sadar Bazar station around 5.30 pm on Thursday after shopping for Eid. They were heading back home to Haryana’s Ballabgarh.

So it was widely spread that the fight started as the Muslim youths were carrying beef. But in reality the fight was for some other reason. It was due to the clash over train seats. The verbal fight for the seats escalated and the fight broke out. The beef was not at all involved in this. This was not said by Hindus was clarified by the cousin of the dead person.

But soon the Modi haters saw that they will encash this opportunity. Many tweets emerged that Muslims are not safe in this country after Modi has become the PM. But the fact is something else.

Country is changing but thinking of presstitutes isn’t changing.