An inspiring story of a..

A mere autograph from PM Modi can make you popular. This has been proved absolutely right in the case of a young girl named Rita Mudi who had recently hit the headlines after she was injured in the Midnapore rally in West Bengal. Along with her, 19 more were admitted to the hospital after a makeshift tent collapsed during the PM’s rally on July 16th.

After being admitted to the hospital, the injured had a surprise as PM Modi himself visited the hospital. It was reported that one of the injured in hospital requested PM Modi for an autograph, and the Prime Minister obliged to her. PM Modi had given an autograph to her and even wrote “parmatama sukhi rakhe (May God keep you happy)”. 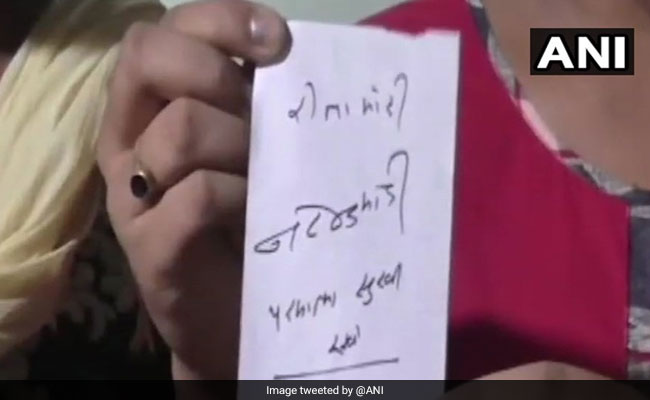 But she never thought that a mere autograph from PM Modi would make her a celebrity, that too within hours. She narrated her happiness that she felt in the hospital after she met PM Modi. “That day at the hospital when the PM came to my bedside, I told him how happy I was to see him” said Rita Mudi.

When PM Modi came to her bedside, she requested for an autograph, but initially, the Prime Minister hesitated but she insisted and finally he agreed. PM Modi wrote “parmatama sukhi rakhe (May God keep you happy)” along with his autograph.

“From the very next day, we started having a stream of visitors at our home. They all wanted to see the autograph,” said Rita Mudi. This young girl who is a second-year student at Bankura Christian College instantly became a celebrity in Ranibandh area.

After getting his autograph many people came to take a selfie with us, they told we have become celebrities and some marriage proposals also came from nearby districts. But I am not taking them seriously as marriage has to wait. I will first complete my studies and then think about it,” added Rita Mudi. Not just Rita Mudi but even her sister Anita Mudi is now getting marriage proposals.

Her mother Sandhya said “not only visitors, we received two marriage proposals for Rita. One was from Jharkhand’s Tatanagar. The groom has his own business and had no demands. The second was from Bankura. The groom owns agricultural land. Both my daughters want to study. So we didn’t show much interest”.

Prior to this also Rita had got a marriage proposal but the groom had asked for a dowry of Rs 1 lakh. But her family wasn’t financially sound to fulfill the greed of the groom. The young girl said, “Marriage will happen when my parents decide but I want to study now”.

The stand taken by Rita Mudi is really brave and must inspire young girls of her age, who succumb to the family pressure and get married at a tender age.

After the tent had collapsed, PM Modi said “today, I witnessed a new force of the people of Bengal. Can anyone imagine that one-third of the pandal came down and yet the meeting continued peacefully? I cannot think it happening anywhere. I shall remember this meeting for the rest of my life”.

PM Modi’s rally in Midnapore was a huge success and it is said that BJP is going to make huge gains in West Bengal. The law is totally out of control and the goons are literally ruling the state of West Bengal and the Chief Minister Mamata Banerjee is doing nothing for her people. This has angered the Bengalis who are all set to dump the TMC.