Last six months, there is..

Navjot Singh Sidhu, a man who is not working to uplift the people who voted to him, but to strengthen the people who want to kill his voters. With every passing days, the insult done by this Congress leaders to Indians is reaching new heights.

After hugging Pakistani Army General, after praising Pakistani Prime Minister, Sidhu has angered the Indians once again. Yes, during the Kartarpur Corridor foundation stone-laying ceremony, Congress leader shared the stage with Pakistan Prime Minister Imran Khan and Pak Army Chief Qamar Javed Bajwa and this had led to a huge controversy. And now this man has met the close aide of the man (Lashkar-e-Taiba founder Hafiz Muhammad Saeed) who killed about 200 Indians in the 2008 Mumbai attack, that too in a closed door meet.

Gopal Singh Chawla, is a close aide of the 26/11 terror attack mastermind and Lashkar-e-Taiba founder Hafiz Muhammad Saeed. After the closed door meet, pro-Khalistani leader Gopal Singh Chawla took to his social media and shared a picture with Congress leader Sidhu in which he referred to him in as his “brother”. Indians must not forget that Punjab Chief Minister Captain Amarinder Singh had named Chawla as a terrorist.

Gopal Singh Chawla is suspected of taking part in the recent attack on a Nirankari gathering in Amritsar. A report had also said “Chawla was in contact with ISI and Lashkar-e-Taiba chief Hafiz Saeed to hatch a terror plot, and agencies had also acquired a photo of a meeting between Chawla and Saeed”. 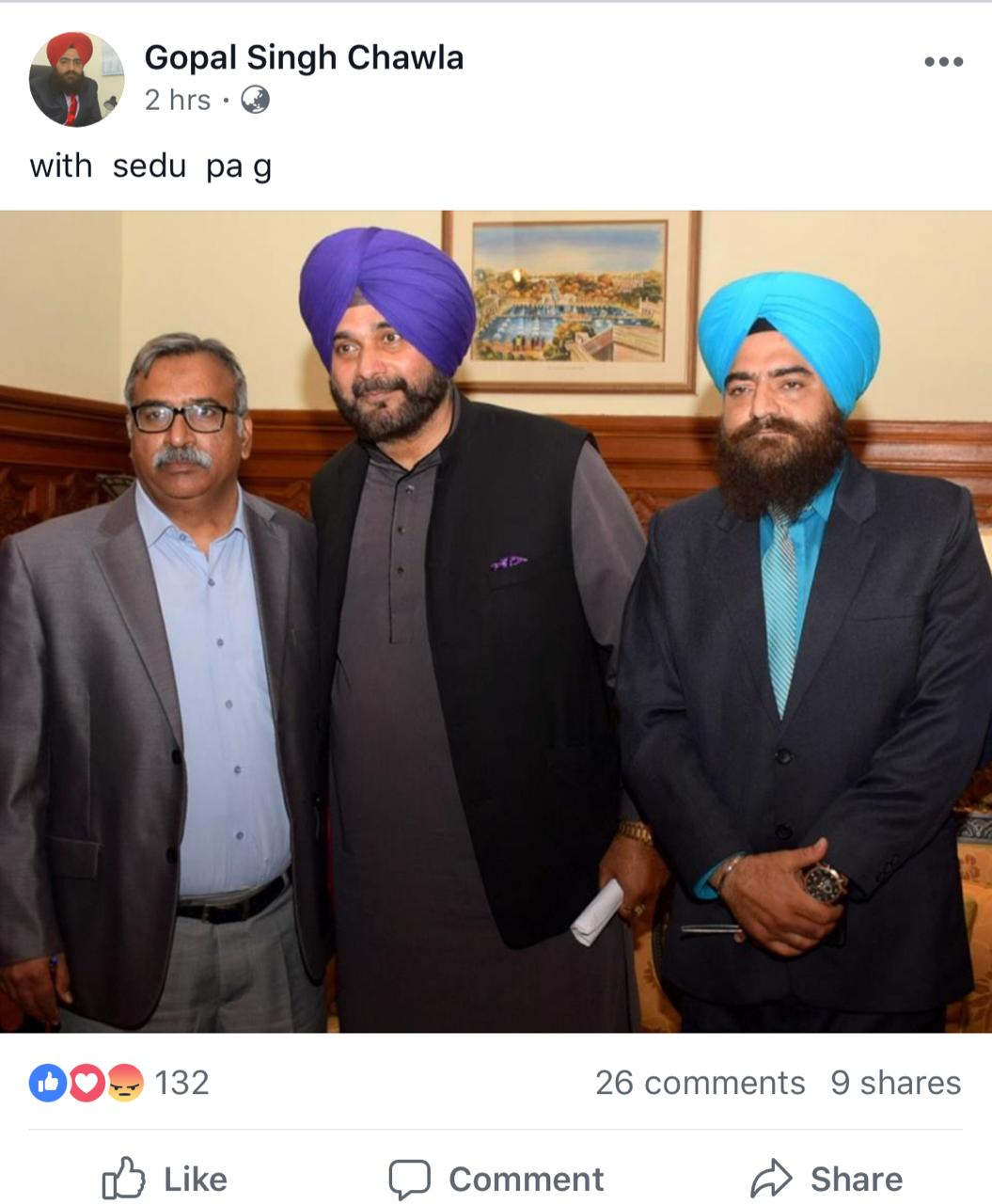 The pro-Khalistani leader Gopal Singh Chawla said “What is the big deal in this? I don’t know why I am dragged into everything. Why such links are created…. I have no intention of creating any terror”.

But today by meeting the close aide of Lashkar-e-Taiba founder Hafiz Saeed, the Congress leader has insulted the brave hearts who sacrificed their lives while protecting the Indians. BJP pulls out of alliance with PDP in Jammu and Kashmir! Indians will love BJP after knowing the reason behind this bold move Big News!!! India will soon be able to do a Nuclear Strike anywhere in China