But the latest news is bit different, and a normal person wouldn’t have even imagined that India could do something like this. Yes, a recent report has said that the defence acquisitions council (DAC), chaired by defence minister Nirmala Sitharaman, has approved the acceptance of necessity (AoN) for the acquisition of the National Advanced Surface to Air Missile System-II (NASAMS-II) worth around $1 billion from the US.

At present the DRDO is near to completion with its two-tier ballistic missile defence (BMD) shield. This will come with the potential of tracking and destroying nuclear missiles inside and outside earth’s atmosphere. But even before this project is completed, Indians have a good news as India is all set to acquire National Advanced Surface to Air Missile System (NASAMS).

How this missile system works in Washington?

It is also deployed in several NATO countries. Besides the US national capital region, Israeli cities and Moscow also have their own missile defence systems, reported Times of India. 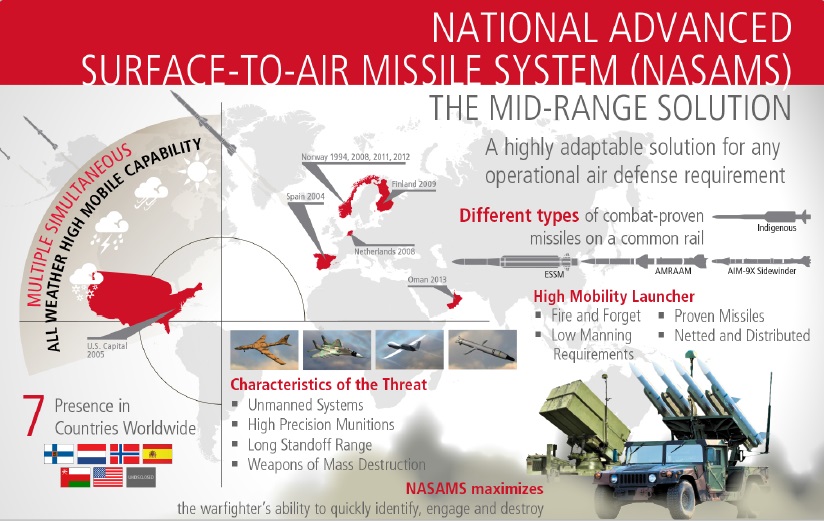 So like Washington, even India’s capital city will be totally risk free from missile attacks. What is even good to hear is both NASAMS and India’s BMD will be guarding the nation in the future. Yes, the sources said “Once the Phase-I of the BMD system is operational, it will be deployed to protect cities like Delhi and Mumbai from long-range missiles with a 2,000-km strike range. The NASAMS, in turn, is geared towards intercepting cruise missiles, aircraft and drones”. At present, India is relying on Russian missiles to protect its capital.

It has also stated that NASAMS is owned by seven countries and has been integrated into the US’ National Capital Region’s air defense system since 2005. In addition to the US, it is in service in Norway, Finland, Spain, The Netherlands and one undisclosed country. It is also currently in production for Oman.

Who else might use this system in the future gto guard their nation?