We have often heard our ancestors say, things may not seem the same as what it looks like! There are a number of circumstances that we find, things and persons do not seem the same as what they appear. Things seem to be different from how they portray to be. Similarly, some of the characters in our history books have been portrayed as completely different person, than what they actually are!

One such character from the Ancient Times of Mughal Period was Mehr-un-nissa (who later became Empress Nur Jahan).

Mehr-un-nissa was a child of destiny in real sense. She was the lady who fought against all odds and survived through hard times. Along with Intelligence, her Beauty was her greatest weapon she had. It is said that she was the most beautiful woman of her times. 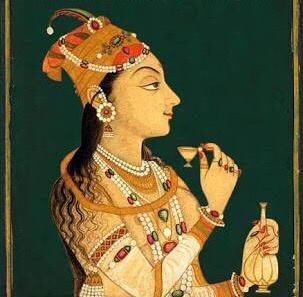 But Nur Jahan was certainly a fascinating and baffling person. How a woman from a Persian immigrant family, fallen on hard times, used not only her looks and beauty but also her intelligence and shrewd common sense to become the most powerful Mughal woman- seems completely strange but at the same time impressing too.

According to the book ‘The Twentieth Wife,’ Nur Jahan started getting close to Ruqaiya Begum (chief consort of Emperor Akbar). Ruqaiya Begum gave her the responsibility to look after Prince Khurram ( Emperor Shah Jahan). Soon she started getting noticed by Khurram’s father, Emperor Jahangir. This notice was not just a notice through eyes, but a much greater encounter. Within no time of this contact, was a start to the romance among Emperor Jahangir and Nur Jahan. 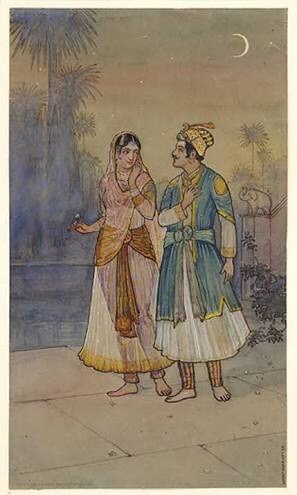 Although, the two failed to get married because Emperor Akbar did not approve of their romance, Nur Jahan got married to Sher Afghan, who served in the Mughal army. During her 13 years long marriage with Sher Afghan, she was never happy with him. She bore him one daughter, Ladli Begum. But what remained to be a fact that, she was still in love with Jahangir and could not stop remembering him.

What actually changed the circumstances was when, Nur Jahan’s dreams turned to reality and Sher Afghan was murdered by Emperor Jahangir’s army on the charges of disobedience in West Bengal! The two finally had the opportunity to be with each other against all odds.

Despite the fact that Nur Jahan was desperate for power, Jahangir had different plans. Initially, Emperor Jahangir wanted to make Nur Jahan his concubine but this was not what Nur Jahan wanted. Finally, Jahangir was forced to succumb to her stubbornness and Nur Jahan not only became the twentieth wife of Jahangir but she also became his last wife.

After her marriage with Jahangir, her power rose. According to some historians, Nur Jahan was the real power behind the throne. She was the only Mughal empress to have coins struck in her name. She was given the sign of imperial seal. She even held her court independently. Jahangir always took her advice in all the official matters of the Government in his Court.

At the end, Nur Jahan  ended up doing the best what a wicked woman could do! It is said that it was Nur Jahan who encouraged Jahangir’s addiction to Opium and Alcohol, which made the Emperor completely dependent on the Lady and thus move accordingly to her orders. She was so astute and sharp-witted that she got her only daughter, Ladli Begum, married to Jahangir’s youngest son, Prince Shahryar.

Nur Jahan wanted Prince Shahryar to become the next Emperor so that her daughter could rule like she once did. But Shahryar lost the succession battle to Shah Jahan, and was brutally murdered. Nur Jahan was imprisoned by Shah Jahan and her imprisonment ended her influence at the court. She spent her final years in exile in Lahore with her daughter, Ladli Begum.

If you have a careful look at the Mughal History, it is someone who has betrayed their own blood or belonging. May it be Husband, Wife, Daughter, Son or Brother. The intentions behind Love and Beauty has been different in the Mughal Era. The Thirst for throne, the Desperation for power and Succession has been defined wickedly in the Mughal Era. “Possessing What Doesn’t Belong to Us is Evil”, How Can Krishna’s Words be Linked With Present Day’s Black Money Situation? MUST READ! How ‘Love Jihad’ Is Proved to be Physical, Mental and Emotional Stress for Young Victims of Society Explains Chetna Sharma The importance of Holi in the Indian culture!