You will salute these NCC cadets after knowing why they angrily returned from the Congress party’s event on Rahul..

The hunt has begun in..

You will salute these NCC..

In a span of 2-3 days, Jammu Kashmir is witnessing massive changes. First the BJP pulled out their support to PDP, then Chief Minister Mehabooba Mufti resigned, governor rule was implemented within a day and now in a most welcoming move, the Retired IPS officer Vijay Kumar who lead the operation to kill forest brigand Veerappan has been named as the security advisor to the Governor of Jammu Kashmir.

In the rack of extreme violence and terror activities in Jammu Kashmir, the centre made considerable changes in the government of Jammu Kashmir. The Home ministry appointed Chattisgarh cadre IAS officer, B V R Subrahmanyam as the Chief Secretary of the state and anti-Naxal expert K Vijay Kumar as the security advisor for the Governor of Jammu Kashmir.

K Vijay Kumar, is a 1975-batch IPS officer of Tamil Nadu cadre. He had earlier served in the Kashmir Valley as Inspector General of BSF 1998-2001 when the border guarding force was actively involved in the counter-militancy operations. He was an expert in anti-Naxal operations and had served in many places before he was given the responsibility to nab forest brigand Veerappan.

In the year 2004, he was made the head of the Special Task Force (STF) formed by the Tamil Nadu government to hunt down Veerappan. Veerappan who was regarded as one of the most notorious criminals and smuggler of Sandalwood and Ivory had countless charges against him. He was wanted for killing approximately 184 people, about half of whom were police officers, including senior police and forest officials. He was also wanted for poaching about 200 elephants and smuggling ivory worth ₹16 Crore and about 10,000 tonnes of sandalwood worth approximately ₹143 Crore.

Following the incidents, the Tamil Nadu government in the year 2004, set up STF headed by Vijay Kumar and N. K. Senthamarai Kannan who lead the operation Cocoon in the Satyamangala Forest area of Tamil Nadu and regions of Karnataka and Kerala, was finally successful in killing Veerappan on 18 October 2004.  Vijay Kumar was later appointed as the Director General of the CRPF, after Naxalites had killed 75 personnel in Dantewada back in 2010. 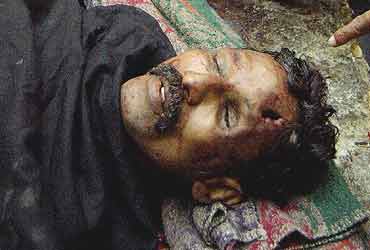 The same person Vijay Kumar will now be taking over as the security advisor of the Jammu Kashmir. His extreme dedication and shrewd thinking has given him another major responsibility to bring peace in the valley. 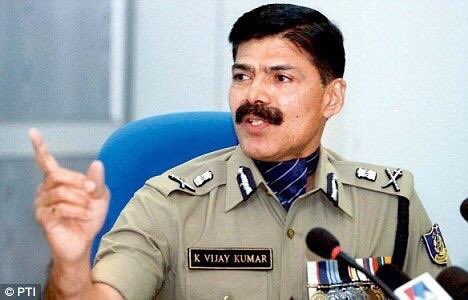 So, we may expect some drastic changes in the working of the Jammu Kashmir government after the PDP was sent home. The Indian army is also hopeful to take stringent action against anti-national lobby without further interference from any government official from now on.

We have to wait and watch what will be the next move by the Centre to tame the terrorists of Jammu Kashmir.

You will salute these NCC cadets after knowing why they angrily returned from the Congress party's event on Rahul Gandhi's birthday! Karnataka CM HD Kumaraswamy says “Father didn’t want CM job for me”! Gets a reply “Not just your father, the entire state didn’t want you as CM”! Lashkar e Taiba plans to expand its base by wooing Indian Muslims and their cause!