Is India the most overrated country in the world? Here is the analysis

Is India the most overrated..

An open letter to Smt...

India is a nation that has more number of traitors within the nation than the terrorists waiting at the border to penetrate into India. When crores of Indians want to split Pakistan into piece for the way it treated former Indian Navy officer, here we have a elected leader who calls Mr Jadhav a terrorist.

Later, when the reporters tried to seek clarification on this statement, SP leader Naresh Agarwal started to manhandle the reporters. He even said, “You will not decide what I have said, I know what I have said”. The same party leaders on the odd days are seen propagating free speech. Isn’t it funny?

Kulbhushan’s family got a chance to meet him after 22 months but few pseudo-Indians instead of supporting the central government to free Mr Jadhav from the clutches of Pakistan. 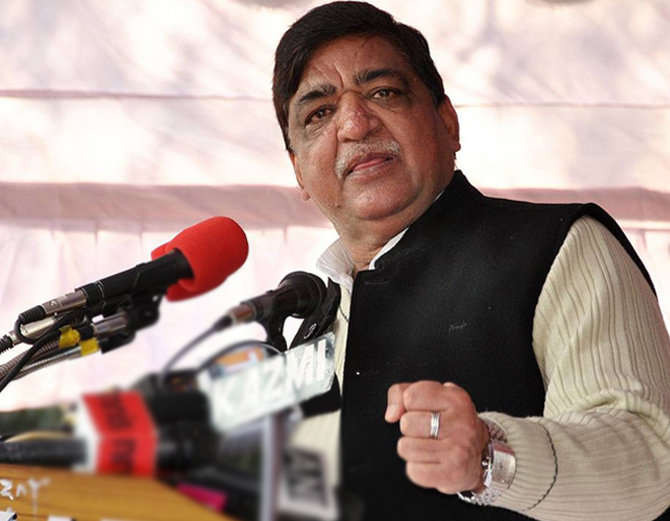 Who is this leader? His background is shocking!

This leader has a background of disrupting the peace and smooth functioning in the parliament. When the serious discussion was taking place, Naresh all of a sudden presented his greed for withdrawing more salary. “We have demanded what we deserve under 7th pay commission and it has been due for long. Even MLAs in states and government secretaries are paid more than us”, he said.

Will Rahul Gandhi condemn this? Will he apologise?

Naresh Agarwal is from the same party which has support of Rahul Gandhi’s Congress. Months ago, SP’s Akhilesh Yadav had issued a statement saying Gujaratis are donkeys and now Naresh has given a anti-national statement. Will Rahul Gandhi still continue with this party?

The Congress leader who had revolted against Rahul Gandhi’s dynasty politics also condemned this statement!

“Can you expect any better from dynasty run parties? Khoon Ki Dalali to justification of Pakistan’s inhuman treatment of Kulbhushan Jadhav! These parivarvadi clubs Gandhis, Abdullahs , Yadavs, etc must contest next election in Karachi or Rawalpindi”. This was how Shehzad Poonawalla tweeted.

Can you expect any better from dyansty run parties? Khoon Ki Dalali to justification of Pakistan's inhuman treatment of Kulbhushan Jadhav! These parivarvadi clubs Gandhis,Abdullahs, Yadavs, etc must contest next election in Karachi or Rawalpindi!! #NareshAgarwal https://t.co/zLJclWZwby

The people who voted for unpatriotic leaders like Naresh Agarwal are directly responsible for incidents like this. When the voters don’t realize the importance of their voters, these events are bound to happen.

Is it a trick to appease minority votes?

“He has become an advocate of Pakistan to appease Minority votes. It’s completely against the Nation’s sentiments”, said a Twitterati.

#NareshAgarwal is unfit as MP
He has became advocate of Pakistan to appease Minority votes.
It's completely against the Nation's sentiments #IndiaForJadav https://t.co/LuZu5TBlvg Rs 1.2 lakh crore revenue and 6 lakh jobs will be generated from Kumbh Mela by spending just Rs 4200 crore by the Yogi Govt If BJP becomes successful in executing this strategy, Nobody can stop BJP from winning 2019 election against the United Opposition How much do you know about “Omkareshwar Jyotirlinga” which is situated in the island that is shaped like Hindu Sacred Symbol “OM”?