Thirty years back, India had presented the Kashmir situation and problems of the valley to the United Nations. The UN and America had then described the Kashmir problem as the law and order issue of Indian state and had nothing to do with terrorists.

In the year 1993, India saw one of the worst terrorists attack in the history of mankind which shook the entire world. But the west denied involvement of Pakistan or any terror group. Not one developed country came forward to help India. Rather, the Human rights activists and liberal mafia defended the terrorists involved in the heinous act and gained international media attention to save them in the name of human rights.

Since 30 years, India has been constantly harassed by terrorists and human rights activists who made Kashmir into a hub of terror breeding centre. But today the world is witnessing a similar situation what India faced 30 years back. It was after the brutal 9/11 attack in America, the world realised the meaning of terrorism. America only woke up from a pretentious sleep of denying terrorism.

It is the same state in Britain. The country which ruled most of the world 300 years back, was regarded as the land where Sun never sets. They would never have imagined that tey would be made strangers in their own country. Today the same country is seeing one of the worst crisis which is literally burning the country from within.

European Union which posed itself as the strongest part of the world, is today torn into bits and pieces. Each day we hear terror attacks, shooting, killing of civilians and police in broad day light.

Did anyone ever wonder why the west is facing such huge terror crisis today?

Yes, it is because of their liberal attitude towards terrorists. The European countries were very happy to open their doors to refugees of Syria, Libya and many middles eastern countries to pose themselves big on international platform. As a result, today England Germany and France have become the favorite targets of terrorist. Even then, these countries have not realised the seriousness of the issue.

The Human rights activists have considerably grown in numbers only to protect these terrorist groups and insulate them from being framed under law. Not many people know what is the real situation of Britain today. In a short span of 5 -10 years, more than 10-15 Islamic organizations have been stared in Britain. Organizations like Al-Muhajiroun started few years back which is known for spreading Shaia laws. Islamic Council of Britain was started in 2002, Islam4UK was also started in the same year which was said to be involved in funding many terror organisation. Need4Khaliafath, the sharia project and Islamic Dawah Association was also started.

They started to demand rights in the country, openly held rally and protested against democracy, chanted slogans to kill non-Islamic people. A massive demonstration was held in Birmingham, Trafalga Square and many parts of the country. They also supported the Anti Trump protests started by Muslims in America. 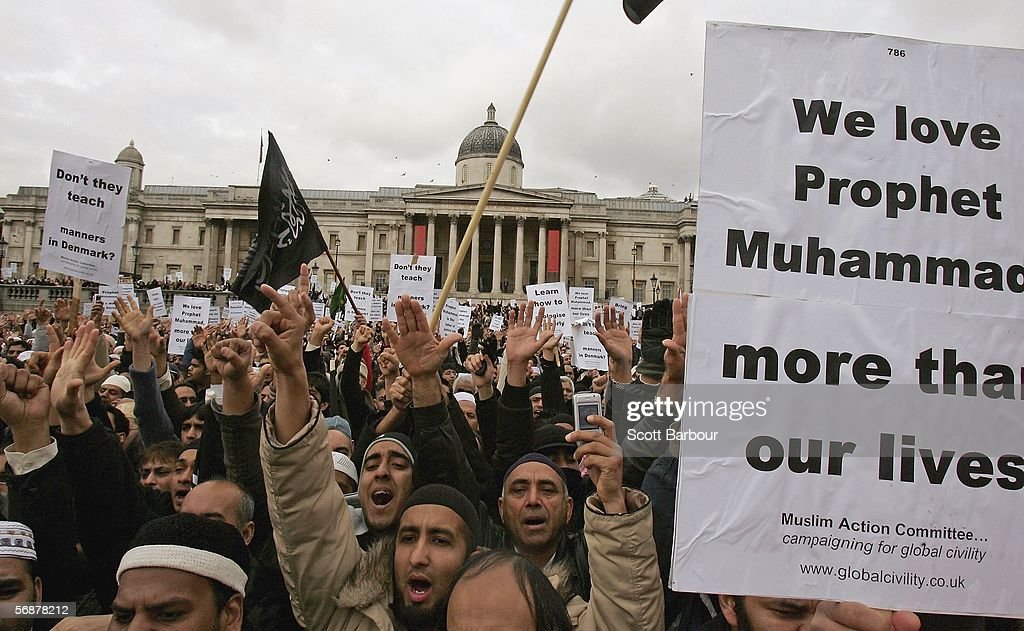 These organizations slowly started to dominate the political parties, government decisions and also sent representatives from their group to contest elections. This is the same situation in India how the terror sympathizers have infiltrated into the system and are obstructing every action against terrorists and protecting them from within.

This incident reminds us about a story on Tommy Robinson’s book Enemy of the State. The man who fought for the country, sacrificed all his days protecting the state from anti National agencies was thrown to jail several times in his life. He spent more than 5-6 years in jail because he defended his country and spoke against the terror organizations.

Check the below pictures….and compare it with Indian fight against people like separatists, left and terrorists!

The reason why Tommy Robinson’s story was brought up was because, India is facing similar situation. Although we may not be new to the terror activities, pseudo human rights activists, we must know that India has many Tommy Robinson who have dedicated their lives for the country. Tommy Robinson had the support of his people, but in India, Nationalists have no support, no backing but are fighting lone battle to protect our country from anti National forces.

If we cannot protect our people and our Nation, a day may come in future where we will be declared refugees in our own country, with no right to speak, express or even to call ourselves Indians. A state worse than British rule!!!