Why Do We Allow Our..

“Dhirendra Brahmachari was a tall, handsome Bihari who had an hour with Indira behind closed doors every morning. Yoga lessons may have ended up with lessons from the Kamasutra”. This was said by Kushwant Singh who was very close to Nehru family and the above information who had even revealed Nehru’s relationship with Anandi Mata.

“I woke up early in the morning to learn yoga from an excellent looking Yogi who had magnificent body that attracted everyone”. This was mentioned in a letter by Indira Gandhi to Dorothy Norman, a renowned American Photographer.

Katherine Frank said that “Brahmachari was the only man to see Indira alone in her room while giving her yoga instruction and he was the only male with whom she could have had a relationship during this period.”

Dhirendra Brahmachari, who was a well known Yoga Guru, was born in Bihar. He was very much inspired by Bhagavad Gita at a young age and left his home at the age of thirteen years and went to Varanasi where he learnt yoga under the guidance of Maharshi Kartikeya.

In the early 1960, he got an invitation from Mr. Nehru to teach yoga to his daughter Indira Gandhi. And from hear onwards, the drama started. Various shocking statements emerged, not from Indira’s enemies but from her close buddies. Yes, Dhirendra Brahmachari was allegedly believed to have sexual relationship with Indira Gandhi.

The relationship between Indira Gandhi and the yoga guru grew to another level after the death of Sanjay Gandhi. The widow, Maneka Gandhi was thrown out of Prime Ministerial residence and it was allegedly done on the stubbornness of Sonia Gandhi. When Indira Gandhi broke after this, she was escorted to her room by Dhirendra Brahmachari, says Kushwant Singh. 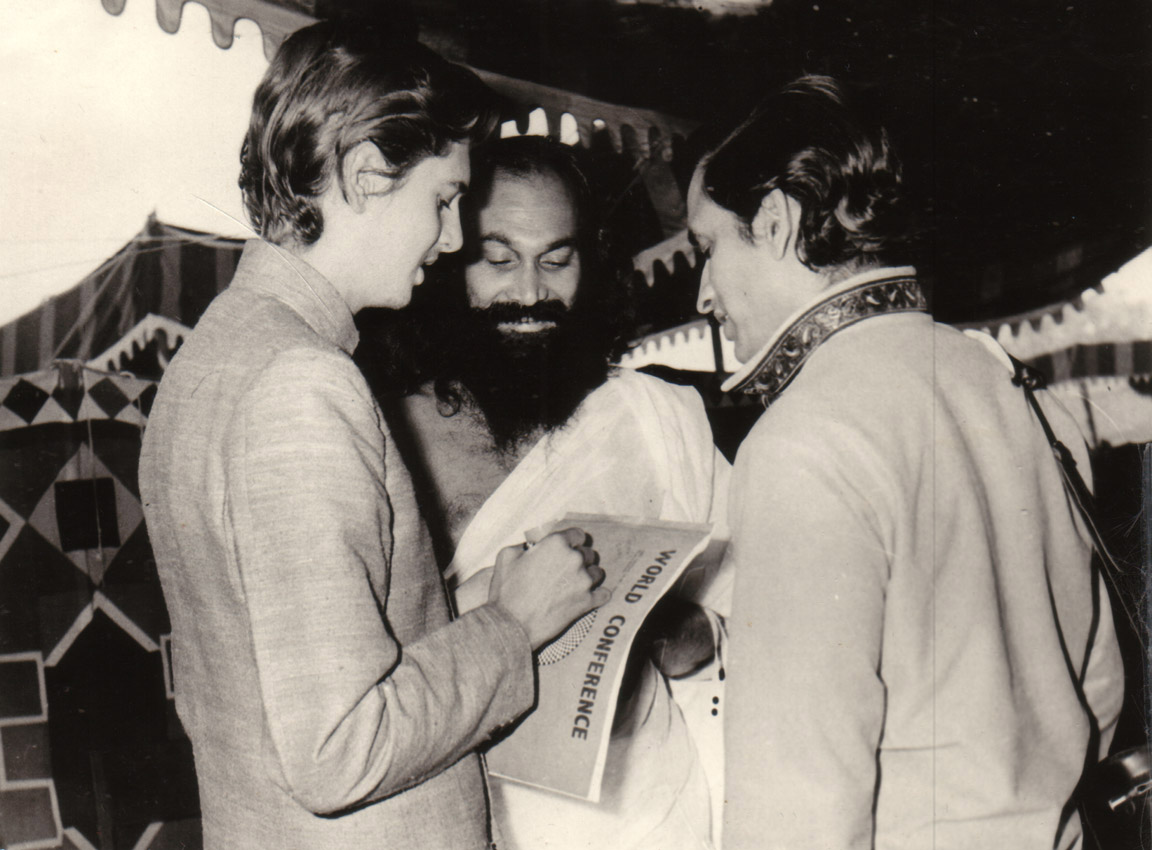 As time passed, Brahmachari’s proximity to Indira and his penchant for influence-peddling earned him the sobriquet of “Indian Rasputin”.  Indira Gandhi herself had revealed several times that she was impressed by the physical appearance of Dhirendra Brahmachari. But to what extent is the question which has not been clearly answered.

The grant given to Dhirendra Brahmachari’s yoga centre in Delhi was stopped by Dr Shrimali. Shrimali had stopped it as Swamiji didn’t submit the audit report of the previous year. But Indira didn’t like this and insisted Nehru to look at this.

“Should I throw him (Shrimali) out of the window? Why can’t this man (Brahmachari) submit an audit report?” These were the words of Nehru who got irritated by the frequent lobbying of Indira Gandhi.

Even M.O Mathai had mentioned in his book that he stopped his relationship with Indira Gandhi after he saw her with Dhirendra Brahmachari.

‘They looked at me very closely. I almost peed in my pants’

These were the words of the present day business tycoon of India Mr Subhash Chandra. Brahmachari had decision to export rice through his own company. So Subhash had given two crores of advance but Brahmachari denied to return his advance for the year’s export order. Mr Subhash said this to Vijay Dhar; Dhar sent him to Rajiv Gandhi. But later on Subhash realised that he had  put himself in deep trouble.

“You are powerful people and in such a conflict between big personalities, a person of my stature will get crushed as if I never existed. If you can help me get my money back I would be grateful. But if you can’t, that too is fine. I will assume that this was not in my destiny.” This is what Subhash Chandra said to Rajiv Gandhi.

Rajiv Gandhi organised a meeting with Indira Gandhi few days later. Subhash said his family that I might not return at all that night. This indicated his fear.

Subhash Chandra, then a 32 year old trader was summoned inside the room around 11.15pm. Sitting in the room were Indira Gandhi, Rajiv and Dhirendra Brahmachari. This was 1982. Rajiv was not in the government but was general secretary of the ruling Congress party. After few questions, he was allowed to leave the room.

So, this itself says that he was much more than a yoga Guru but later on, Brahmachari saw a downfall in his career.

Can a Yoga guru have power to remove a Union Minister from his portfolio?

Once, Dhirendra Brahmachari had requested to grant extra land for his ashram but I K Gujaral who the then minister of state for works & housing said that it is not possible as the rules don’t permit it. But Brahmachari said “Either you give me the land or you will be out of the ministry tomorrow.” Surprisingly, I K Gujaral’s portfolio was changed immediately. Was this a result of his close relationship with Indira Gandhi?

(Disclaimer: The information was taken from various sources. Postcard.news doesn’t endorse or reject any views  and is no way responsible for any misinformation in the it.)