All is not well within Rahul Gandhi’s social media team! Here’s an inside story about the fight within Congress

All is not well within..

Illegal immigrants in Karnataka getting..

While answering this question, being an Indian, my country can never ever be embarrassed under any circumstance! We lived with pride and will carry forward the same dignity. If we sit down to discuss over one topic, let’s take into consideration “the most embarrassing moment in the history of India”, India might have felt embarrassed lesser than a handful of times.

Though, Our Nation was not among those richest countries in the world a few years back, it was rich in Culture and Heritage. World admired India for its unique tradition and wished to be a part of Indian origin.

While moving back in history, one incident has been considered as the most embarrassing moment for India in its history. And that’s Prime Minister Nehru being insulted in a public meet in Nagaland!

Here’s story narrated that not many of us have heard about.India gained Independence from the British monarch on 15th August, 1947 and the whole nation was celebrating the nascent democracy. But, Nagaland wasn’t accepting this victory. They demanded being an Independent nation, they did not agree being a part of new-born India. The Naga National Council (NNC) already met Mahatma Gandhi before independence stating their demand.

But after the demise of Mahatma Gandhi, they knew no one would ever understand their dilemna. They met Nehru after independence, but he expressed his stern refusal towards the independence of Nagaland.

But NNC too was adamant on their demand and they held a plebiscite on 16th May 1951, where allegedly 99% voted for a sovereign Nagaland. But the Government of India didn’t accept it as the majority of Naga people who were employees in other states, were strictly debarred from participating in this plebiscite.

To address their issues , Nehru decided to visit Kohima, the capital of Nagaland. He was accompanied by the then Prime minister of Myanmar U Nu and Indira Gandhi. 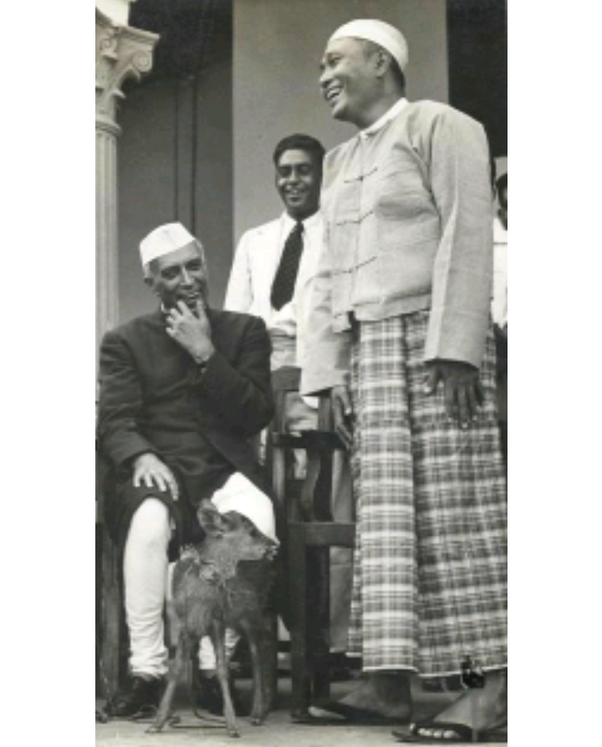 On 30th March 1953, a meeting was scheduled. The people mustered strong the field. But due to some issues, their arrival was delayed. The people assumed that the government was in no interest to address the Naga issue. At the same time, the then District Commissioner of Nagaland, Satyen Borkotoki announced that the people were not allowed to interact with the PM until the meeting is going on. This enraged the crowd. And guess how did they protest in return?

On arrival of the convoy, the people furiously showed their naked buttocks to both the prime ministers and left the venue. Nehru was deeply ashamed in front of U Nu and he never visited Nagaland again!!

A few of the stories belonging to the Nehru Dynasty and his Blood Successors are still hidden beneath the Evil Books of Gandhi Empire, who still think that ruling India is their Birth Right!

Of course this insult will never be considered as an insult to India or Indians! We Indians, born and brought up in India, never consider Nehru and his family as a part of India’s pride. Some of the hidden stories of the Gandhi Family have been hidden intentionally and Nehru and his successors were never in favor of India and its Goodwill.