Big setback for Mr Siddaramaiah! Congress is responsible for the murder of Gauri Lankesh, says her brother Indrajit Lankesh,..

Mall in Dubai, house in..

It is said “As you sow so shall you reap” . The same is happening with the leaders of Congress. Yesterday,  the Shantinagar MLA NA Haris and around 100 of his followers were going to meet the residents of the ISRO colony, one of the colony right in the heart of Bengaluru city to ask for votes. As the procession reached the middle of the bridge located over a stinking, garbage and sewage-infested storm water drain, it fell as it could not withstand the weight of so many people on it. 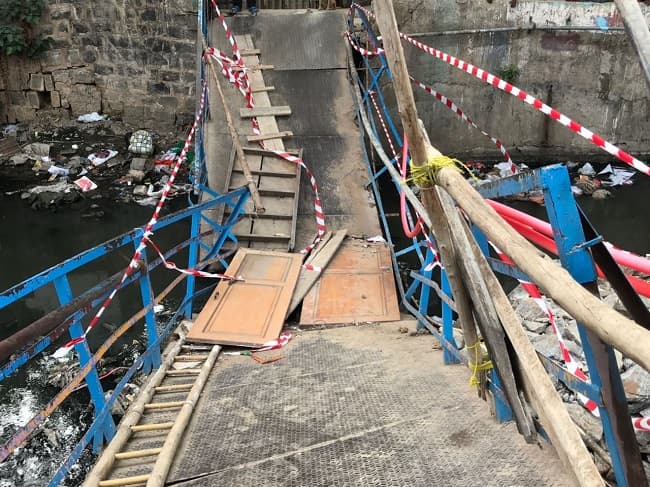 And so the people on the bridge. According to locals MLA NA Haris, the local Congress Corporator Lakshminarayana Gundanna and a few supporters fell into the storm water drain who were then helped by the people from nearby slum areas. Anyhow, I didn’t feel any pity for these leaders as this is the result of their wrongdoings for which they were paid by the God. These people have always done corruption in anything. How come they expect from the people for voting them when they had done such sort of development for them?

Even after the incident, these leaders has done nothing for the bridge and the locals are still struggling with it.“We have managed to put some scraps and connect the two broken halves of the bridge but it is dangerous. Old people cannot walk properly on this. Children have been slipping frequently while trying to cross the bridge since it fell,” says Paliniswamy, a 63-year-old resident of the settlement

Further adding to the problems of the people, the borewell has also been ruptured and people are facing a shortage of drinking water as this was their only source of drinking water. Not only this, people are also suffering from health issues due to non-cleanliness. Over the past five years, two people died after they contracted chikungunya more than once and cases of Malaria and dengue has also been reported.

People of the locality are cursing the Bruhat Bengaluru Mahanagara Palike(BBMP) and the local MLA NA Haris for putting them in bad circumstances and these leaders are not paying any heed to them. They are not concerned with what issues people are facing. They are just going for asking votes and neglecting the actual concerns of the people leading them to trouble. How do they expect people should vote for them?

According to NewsMinute reports, people said five years ago they were promised for the bridge. The Bruhat Bengaluru Mahanagara Palike( BBMP ) workers came and demolished the existing concrete bridge and had dumped some concrete and stones and promised to come after some days for further construction but they never came and that promise was never kept by the leaders. 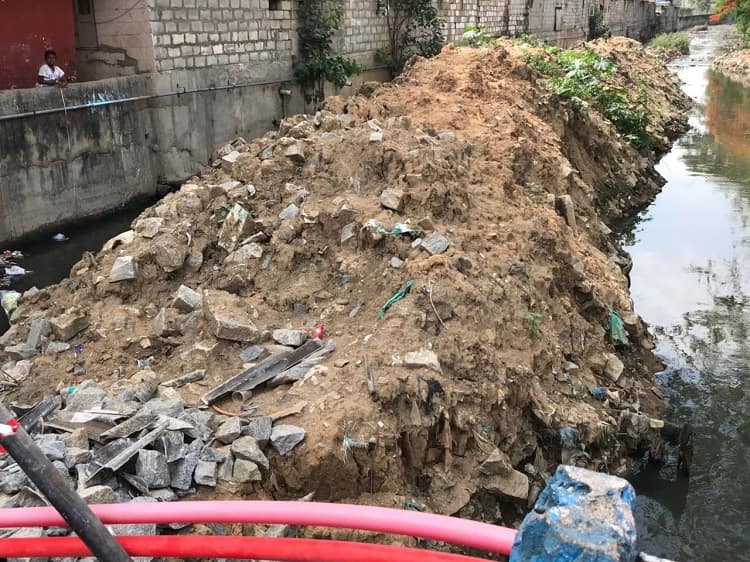 So for their convenience people constructed the makeshift bridge. This footbridge, which was about 4 ft in width and 52 ft in length, was the only path which connects the settlement to the main road of Cambridge Layout. With the help of pieces of iron sheets they constructed but that couldn’t hold the weight of too many people and even that collapsed yesterday. These leaders haven’t made the bridge and also destroyed one made by the people.

People were so angry that one of the localities Sharath said “It has been five years and now he is coming to ask for votes. We don’t even have a bridge.“Another angry resident 72-year-old Muttamma said “We will not vote until we get what we want. The candidates are the ones to lose. They think of us as commodities who will vote for them if they give us some goodies once in five years” 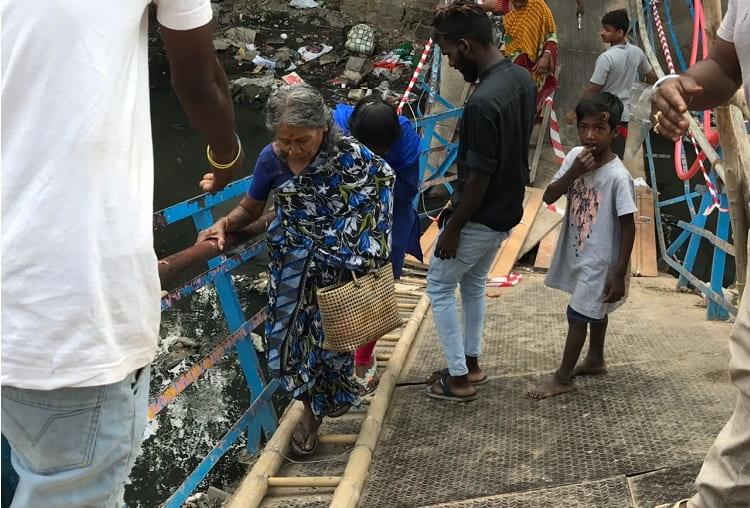 Very true such candidates should not be voted and they should be shown their real places by voting them out of power. Congress party should face the heat for what the people of Karnataka has been paying for five years.