Rahul Gandhi gave big lectures about respecting elders, but fails to pay respects to his own party member P..

A Congress karyakartha reveals how Rahul Gandhi is working to ensure PM Modi’s victory in 2019!

A Congress karyakartha reveals how..

Taking birth as a Hindu a crime? Yes, say the Hindus who have come from Pakistan. No one wants to be a refugee and incase one has no other option, one might say “I will to be a Rohingya refugee”.

Indians still haven’t forgotten how the opposition parties in India had stood for the Rohingya Muslims when the centre was all set to deport them back to Myanmar. But this is not the case when it comes to the Hindus who have fled from Pakistan to India.

In Pakistan, Hindu girls are either abducted and forcefully converted to Hinduism or else they are raped and killed. So the only solution to safeguard themselves from these atrocities is to come to India as refugees.

India, that claims to be equal to men and women, religion and castes, isn’t treating the refugees the same. While the Rohingya refugees are royally treated with air conditioners in their room, the Hindu refugees from Pakistan are not even given electricity in their houses.

Yes, the world has come to know how the Hindu refugees from Pakistan are leading a very pathetic life in Arvind Kejriwal’s Delhi. The man who revolted against the irregularities of Arvind Kejriwal has once again showed his mettle by throwing light on the Pakistani Hindu refugees.

It was after MLA Kapil Mishra, the world came to know how the Hindus who came from Pakistan are leading a pathetic life in Delhi and Arvind Kejriwal is doing nothing. There is a Hindu refugee camp in Delhi’s Adarsh Nagar. What is surprising is that even though it has 600 people including 140 kids and 7 infants, these Hindu houses (looking at the condition, we can’t call them as houses) don’t even have basic facilities. The taps are dry, fans are not running as there is no electricity.

These poverty ridden Hindus are struggling to meet their ends. While international organisations advise India on how to treat the Rohingyas who indulge in violence, they haven’t even opened their mouth on the pathetic situation of the Pakistani Hindus settled in Delhi.

Earlier Kapil Mishra had said “Today I will be visiting Hindu Refugee Camp in Adarsh Nagar, Delhi. 600 people including 140 kids 7 infants living without electricity in Capital of India for last 22 days”.

After visiting the Hindu refugees from Pakistan, he stated that they have come to live with dignity and pride and to save Dharma. 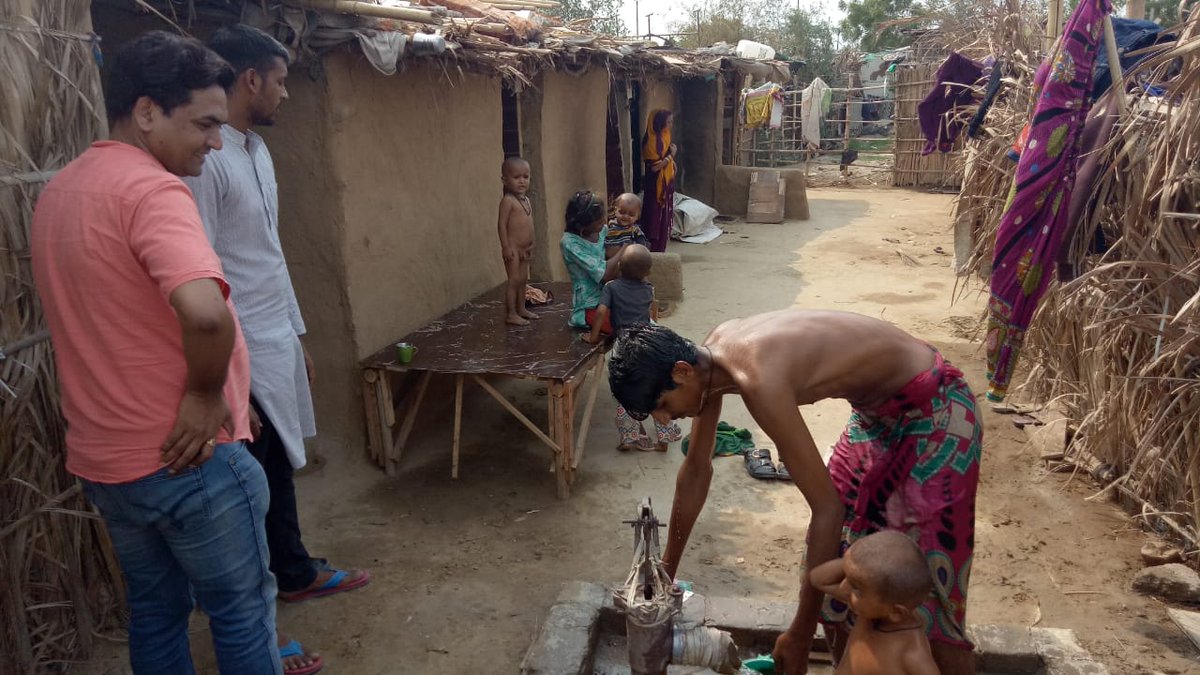 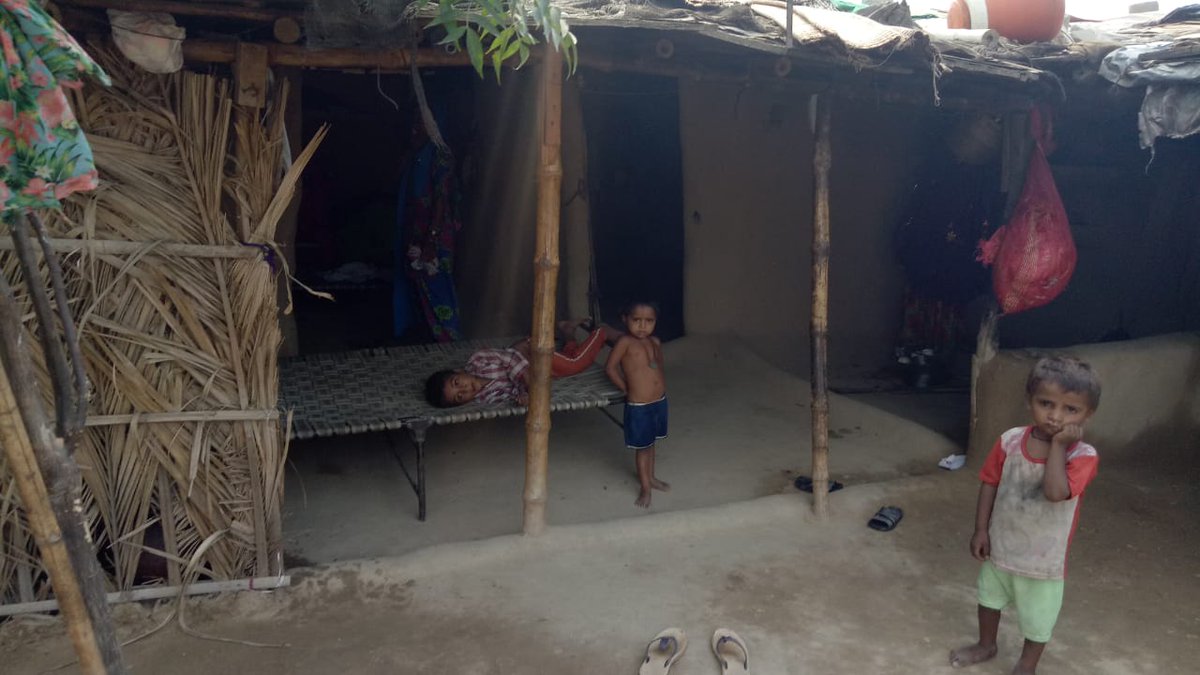 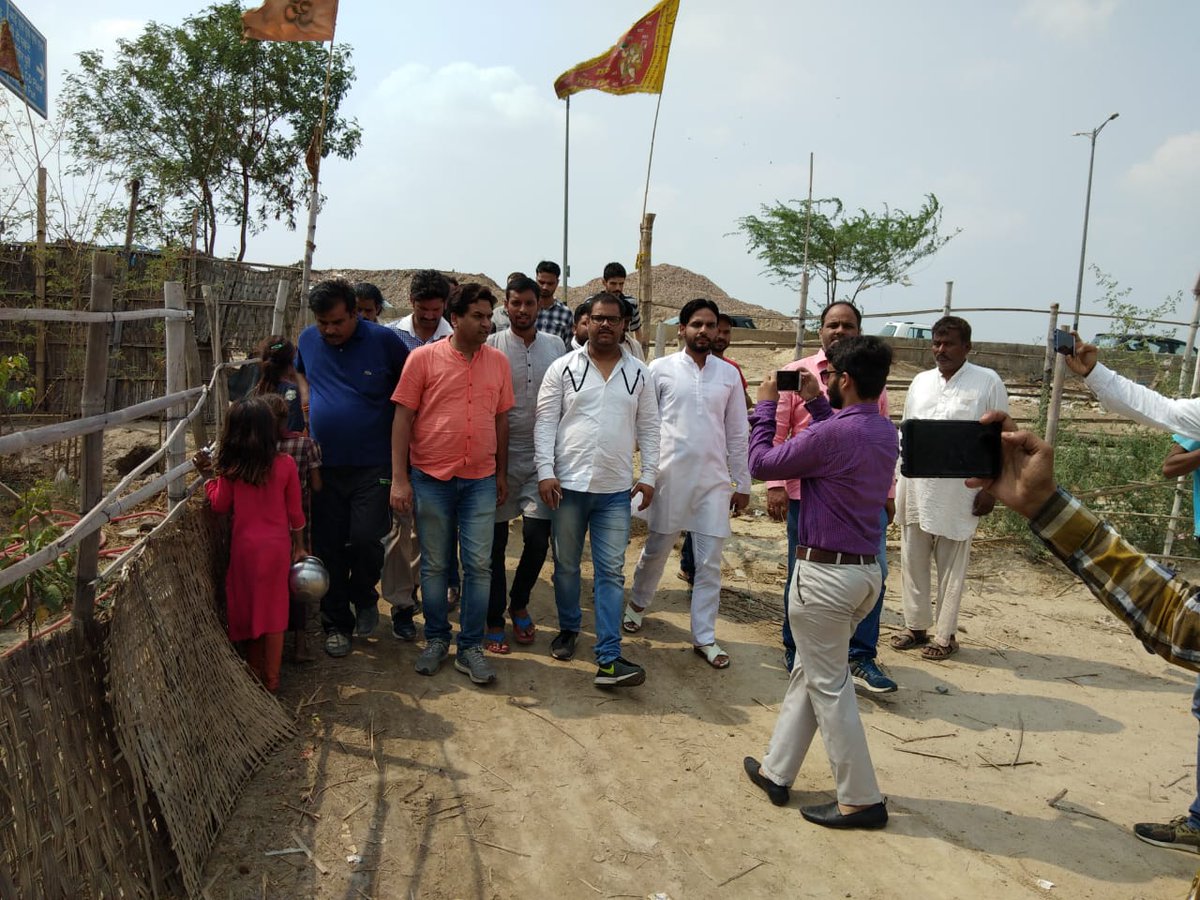 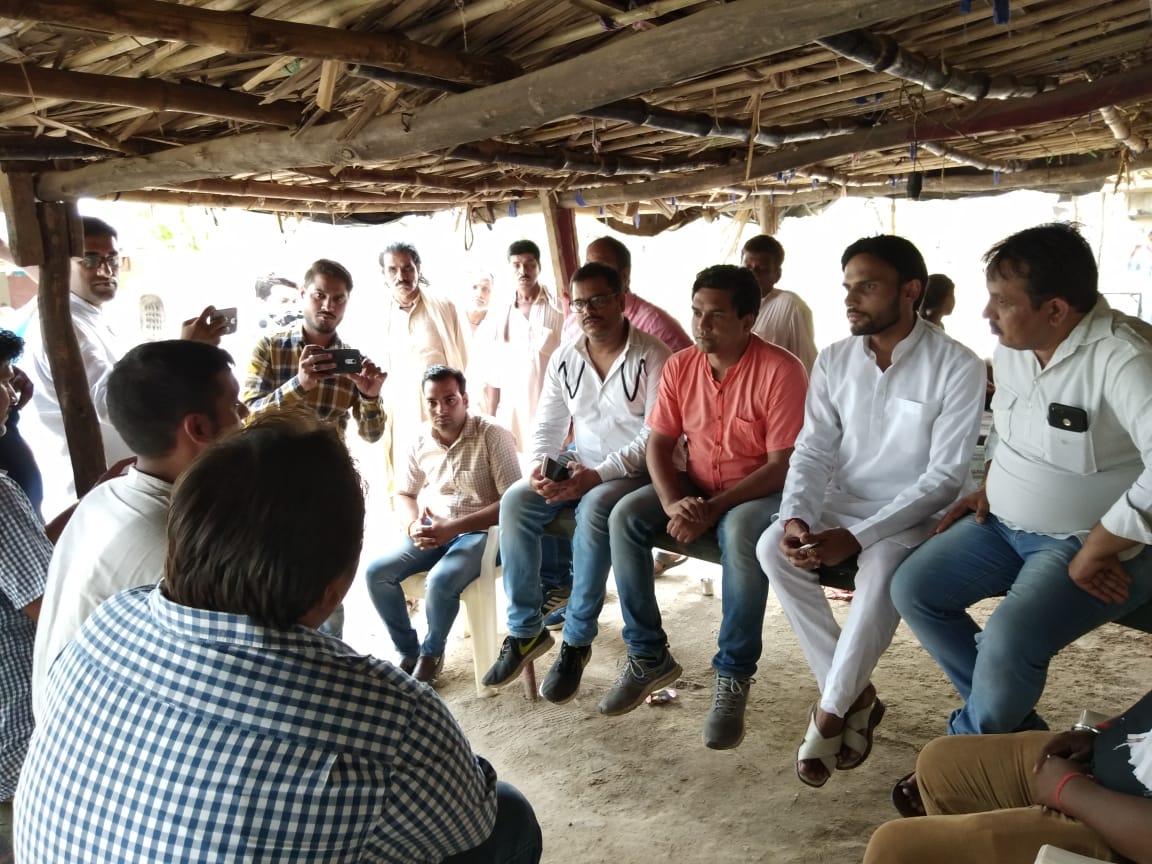 Later on he even exposed how the Delhi Chief Minister Arvind Kejriwal has remained mum all these years. Kapil Mishra attacked the hypocrisy of Arvind Kejriwal towards the Pakistani Hindu refugees by stating “24th Day without electricity for Hindus from Pakistan. Today I had a communication with CEO of Tata Power. Ready to provide connection if Delhi Govt allows. Innocent lives at stake. Dear Arvind Kejriwal. We will move to High Court if connection not given in 2 days”.

Yes, Mr Mishra promised to ensure justice to these Hindus by knocking the doors of the High Court if the electricity is not provided in 2 days.

Bangladeshi Basti right across the road with ACs installed!

Kapil Mishra exposed this in a video and stated, “India – Open Your Eyes. 1st Part – Hindu Refugee Camp in Adarsh Nagar, Delhi with no electricity. 2nd Part – Bangladeshi Basti right across the road with ACs installed”.

Noted journalist Kanchan Gupta said that this is nothing but Hindu phobia by saying, “Callous indifference towards Hindus seeking shelter in India is in sharp contrast to the aggressive concern for Rohingya. This is Hinduphobia. It is fashionable because it is practised and promoted by Left Liberal Hindu phobes. Left Liberal fear paralyses BJP, hence silence and inaction”.

These Hindus face dark days not just in Pakistan but even in India’s capital! 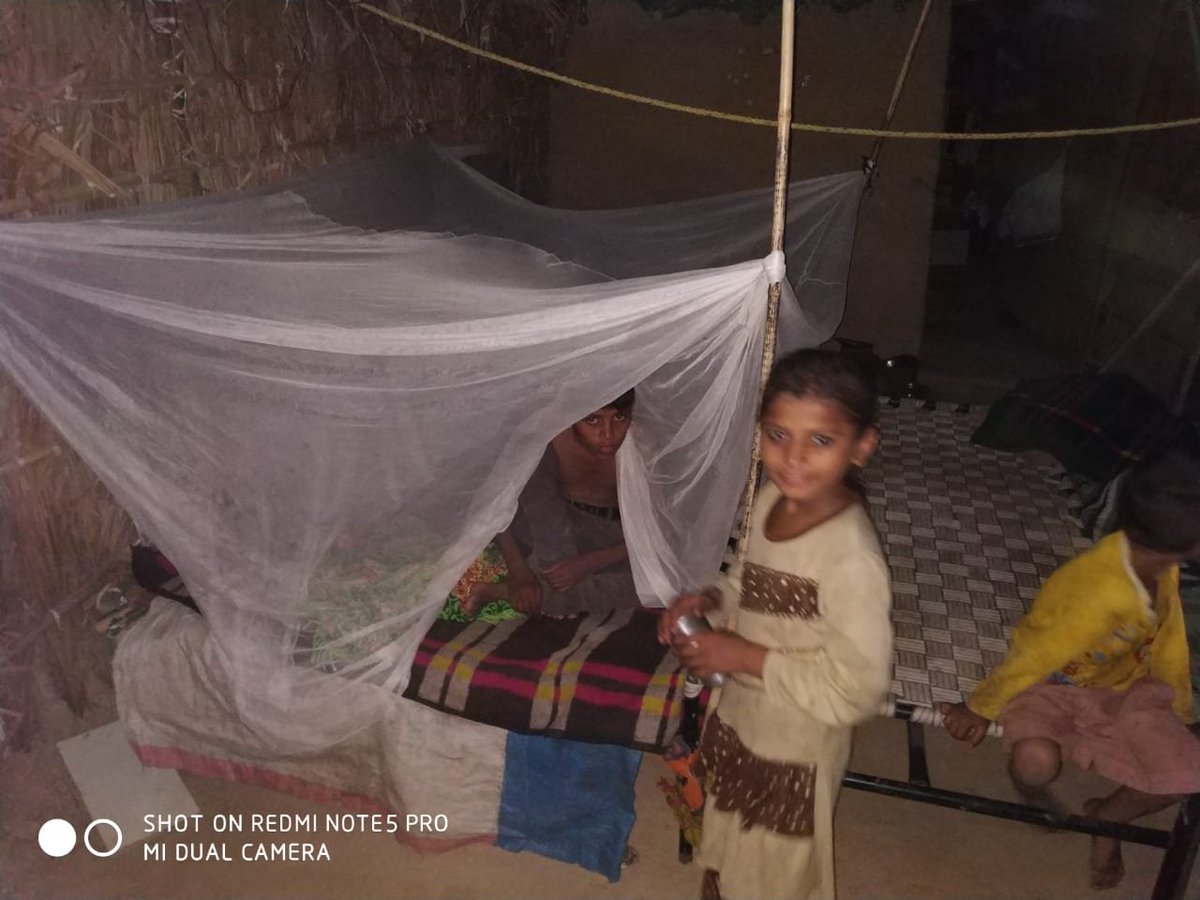 Kapil Mishra also questioned Arvind Kejriwal saying “You have disconnected power supply of Hindu Refugees from Pakistan living in Aadarsh Nagar, Delhi. 140 kids and infants are suffering. Don’t torture these Hundreds of Hindu families who came to India to live with dignity”.

He also stated “It’s 45℃ scorching heat in Delhi. Kejriwal Govt disconnected electricity connection of Hindu Refugees from Pakistan living in Delhi. Infants and kids in camp. Their fault – being Hindu in India”.

The issue was first brought up by a Twitter handle by the name Vikramaditya who tagged PM Modi, Kapil Mishra and other ministers stating “Hindu migrant basti in Adarsh Nagar, New Delhi is without electricity for more than 15 days. In 45deg temp, kids are falling sick, in severe dehydration and moved to hospital”.

It is really sad that the Bollywood stars are not even holding any placards this time. None of the activists are out on streets. Rahul Gandhi’s Congress party haven’t even tweeted on this.

But the same Congress had expressed kind heart on the Rohingyas and had said “This is a very serious matter. In the interest of the nation, all political parties should come together to take a decision on this. The government should invite representatives of all parties and lay down a policy. Since the country’s interests, as well as decisions with long-term effects, are involved, we want the policy to be formulated by all the parties. It should not be a policy of one party”.

What should these Hindus do? If they go back to Pakistan, where they left their land, house and fled to India, the women won’t be save. They will be raped and killed or even forcefully converted to Islam. Ravi Dawani, leader of the premier Hindu organization in Pakistan had stated “As many as 99 per cent of Hindu girls who are converted to Islam and forcibly married are under 13 years of age”. He added, “Most of the victims belong to the under-privileged Kolhi, Bheel and Meghwar communities in lower Sindh”. Open brutality of left parties in Kerala pushes people towards BJP and RSS!