Real History of Tamils; How..

Since the time India was invaded by British and Mughals our history was completely distorted and fake narrative was set to mislead Indians. The Mughals were the first to destroy the Hindus temples all over India and built Mosques in place of temples. This was a means to eliminate the tradition of Hinduism in India and implement Islamism in the country.

Thousands of temples were destroyed including the famous Ayodhya, Kashi Vishwanatha temple and many more. The Mughals forcibly converted people to Islam and mercilessly killed millions those who refused to convert. What is more appalling is even after Independence, the Indian government and especially Congress followed the colonial structure of education and continued to spread false information to the future generation. In order to appease Muslim vote banks, the Congress retained the fake story that many of the historical buildings in India was built by Mughals.

One such building is the Red Fort in Delhi! Today people think that Red Fort was built by Shah Jahan in the year 1639 to 1648 AD. It is said that 2 architects Ustad hamid and Ustad Ahmad had designed the structure. But the fact is these architects made only few changes to the original structure to make it look like a Mughal architecture.

Now take a look at the second picture below, It shows a symbol in which two swords are pointing upwards and on which a Kalash (the sacred Hindu pot) is placed about the hilts on which is a lotus bud and a pair of scales hanging. One can notice the carving of Sun God behind the symbol. Does any one know why would Shah Jahan display a picture of lotus with scales with a background of Sun God? The real reason for this is, the symbol was the official Royal emblem of the King Anangpal, who is the man who built Red Fort in the year 1060 AD nearly 500 years before Shah Jahan’s existence.

The Sun God is seen in the symbol, because their family was called the Surya Vansh! This design can be seen even today at the Khas Mahal, the King’s main apartment

Yes, the Red Fort was not build by Shah Jahan according to few studies.

The use of a kalash (water pot) and keeping beetal leaves or lotus is a sacred Hindu tradition which symbolizes good beginning. You can also see a big Sun in the above picture. In the arch we can see the OM symbol as well. So does Islam allow Sun worship? Do they consider OM as a sacred symbol?

The Urdu inscriptions were written in place available between the carving, which doesn’t even fit correctly in the space.

Now lets take a look at the entrance! First let us ask which Islamic architecture uses elephants in their tradition? In Hinduism the elephants have special place as they are the symbol of Goddess Lakshmi (wealth and prosperity). In almost every temple, we can notice they have elephant symbols at the entrance. 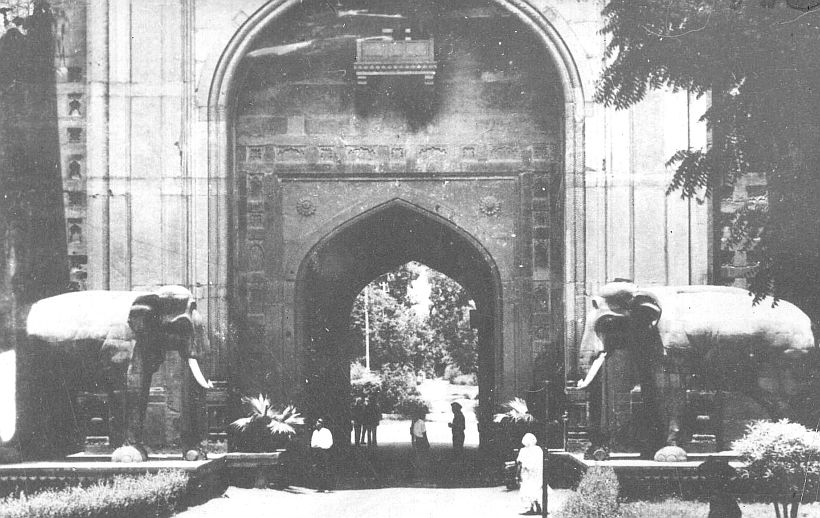 In the below picture you can see a Mahavants riding Elephants, this is a typical Hindu motif which can also be seen in many temples. The costume if closely observed, one can tell it is a typical Hindu costume. The door is in the Khas Mahal of the building. There were other big symbols of elephants in the Naqqar Khana (Music House) which clearly depicted the Hindu traditions, but were destroyed by Shah Jahan, it is said that even today the broken pieces are stored in the basement of the palace. 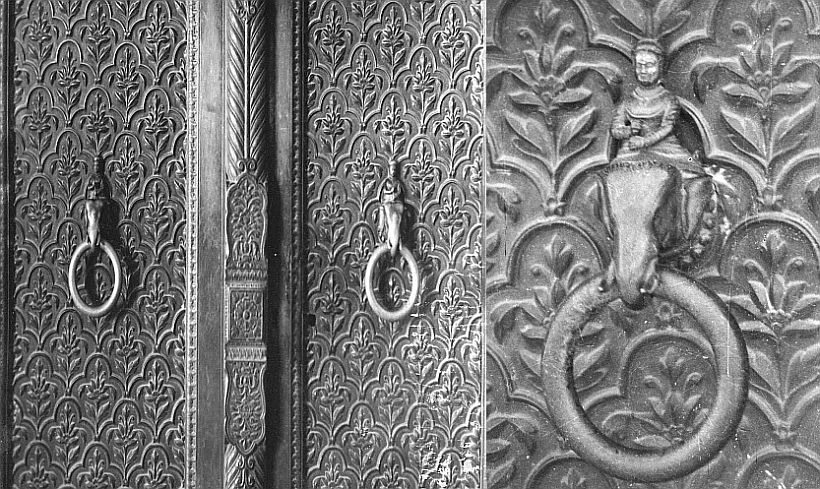 Above picture is the view of the entrance which is also called the Moti Masjid. This mosque is said to be built by Aurangzeb, son and successor of Shahjahan. But the important thing to be noticed here is that it has banana bunches at the entrances. It has carvings of a plate in which 5 fruits are kept. Keeping 5 fruits is a tradition in Hinduism, but is forbidden to keep fruits in a mosque! So, why did Aurangzeb approve this architecture which is forbidden in Islam?

We can see a truncated Hindu perambulatory passage, but when seen from behind, the tampering done with the designs can be easily recognized.

This above picture is the front view of Rang Mahal, it has a pinnacle surmounted by a canopy which leads the way towards the river. This was built next to the river Yamuna to facilitate the water supply to the fort (which was once the apartment). 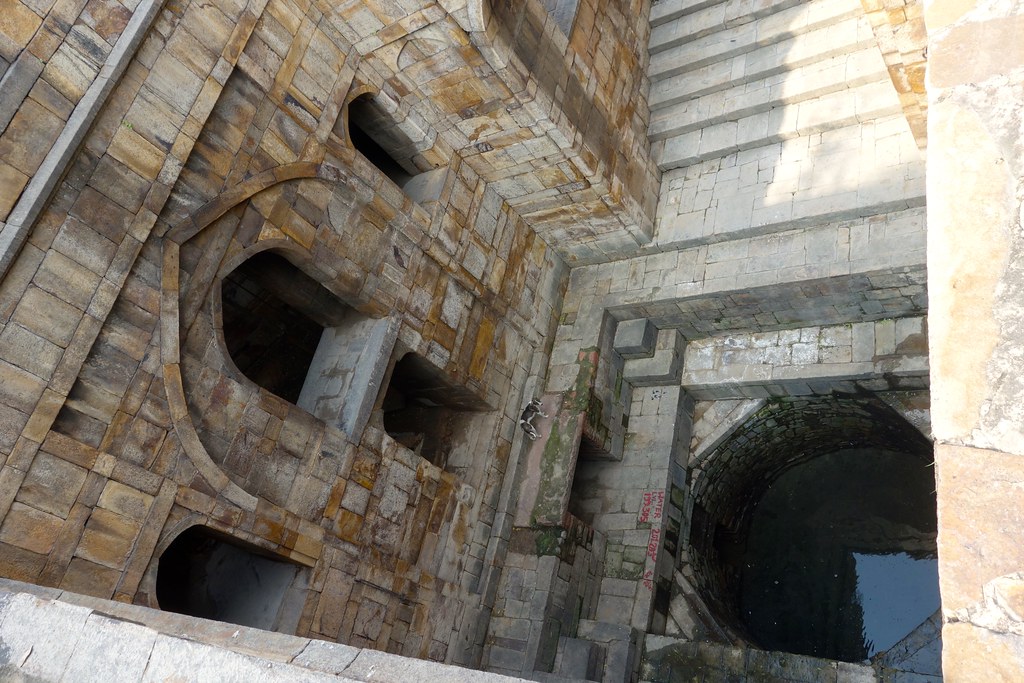 If one would read the correct history of Taj Mahal, similar structure can be found there. According to various findings, the Taj Mahal was once the temple of Lord Shiva and was built close to river. There were many apartments within the Taj mahal which sheltered many saints and their family. Exactly why it had a well which was accessible to all apartments in the Taj Mahal. If it was just a memorial and a burial ground of Mumtaz Begaum, why would there be rooms and why would it have water facility?

It is said that 1500 years before Shah Jahan, Tomar dynasty ruled Delhi and they were the once who founded Lok Kot. It was in the year 736 the Lok Kot was built. Lok Kot means RED FORT! The Prithviraj Raso literature names that Tomar Anangpal was the King who built Lal Kot, this is also inscribed on Iron Pillar of Delhi at Qutb complex.

It is said that many buildings during the Tomar dynasty was built in red, which is why even today we see many red coloured stone building in Delhi.

Its a tragedy that from past 500 years we are made to believe a fake story created by Mughals and the Congress government fooling billions of Indians.  No one dares to speak truth as they will be called anti Minority or communal. A carbon dating should be ordered to know the real truth behind these buildings and history must be corrected.

These finding were not permitted to be published and many governments objected and threatened those people who demanded an enquiry. The great Indian untold legacies!!! These stories will make you realise that India is truly incredible Here is Why Victims of Bengal Riots are Scared to Go Back Home!