Sensational! Not RSS but the then Congress govt had given its approval for the Tuticorin Plant! The Congress party..

Sensational! Not RSS but the..

After Mr Narendra Modi became the Prime Minister, India’s constitution and secular fabric are really at risk. For this, Mr Modi is not responsible but the opposition parties led by Rahul Gandhi is heavily to be blamed. To smear PM Modi’s image, they have tried every possible dirty tactic and this time they have stooped further low.

Few hours ago, the Congress spokesperson Sanjay Jha tried to take a dig at PM Modi’s educational qualifications and issued a statement saying “Dear Mr Narendra Modi, I am putting up my BA, MA and MBA degrees here. Are you ready for the #DegreeFitHaiChallenge? I await your response with high expectations”.

Dear Mr Modi, @narendramodi , I am putting up my BA, MA and MBA degrees here . Are you ready for the #DegreeFitHaiChallenge ? I await your response with high expectations. pic.twitter.com/ygyC4KeWai

Indians were baffled to hear Sanjay Jha’s statement, who comes from a political party in which their President runs every now and then for a foreign tour, without revealing the location. Soon, the Indians exposed the dirty tricks of this man and slammed the Congress by providing the educational qualifications of Prime Minister Narendra Modi. 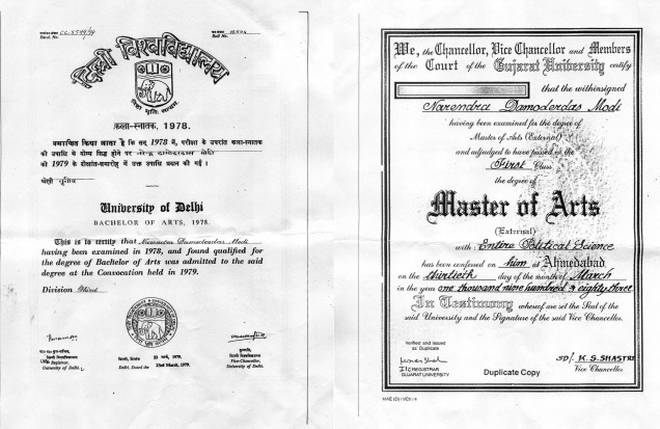 Dear @JhaSanjay
I am posting the MA degree of PM Modi
Now I am challenging Rahul Gandhi & Sonia Gandhi to post their Degree
I await your response with high expectations on this #DegreeFitHaiChallenge pic.twitter.com/o6W1uqxEAu

The lame challenge of Congress Spokesperson Sanjay Jha was supported by journalist Sagarika Ghose, as she posted her degree certificates. But both Sanjay Jha and Sagarika Ghose were ripped apart by the Indians.

I can also flaunt my foreign degree and the degree I have received from the Indian University but don’t you feel what matters more is intension when you are serving your nation? What has the Congress done about the corruption charges of last UPA govt?

I can also flaunt my foreign degree n degree I have received from the Indian University but don't you feel what matters more is INTENSION when you are serving your Nation?What has the Congress done about the Corruption charges of last UPA govt?

In a hurry to corner Prime Minister Modi, the Congress spokesperson Sanjay Jha had put his own boss in trouble. At this point of time, we need to recall what Dr Subramanian Swamy had said about Sonia Gandhi’s educational qualifications.

The reply was shocking as they said that she never studied in this university. Sr Swamy wanted to escalate the issue and that’s why he asked a written statement from the University, and they without hesitation gave it to him.

After returning back to India, Dr Swamy asked clarification on this from Sonia Gandhi. But the reply given by her was hilarious as she said that it was a typing mistake that the English course turned into a PhD Degree in English. Dr Swamy mocked saying that this must be included in the book of “Guinness World Record” as the longest typing mistake.

Later on, Dr Swamy said that “When I had filled a PIL over the issue, honourable court told me to leave the matter as it is an old case”.

Even Rahul Gandhi’s educational qualifications are really questionable. In one of the articles published by the Economic Times, it claims that Rahul Gandhi has not just forgotten the name of the degree that he undertook but also failed in one of his subjects.

Here’s what the report of Rahul Gandhi’s educational qualification says,

“The Congress vice-president in an affidavit claimed he obtained an MPhil from Trinity College of the University of Cambridge, UK, in 1995, in Developmental Economics. A certificate from the University however revealed that Gandhi not only got the dates wrong but also the name of the course he claimed to have undertaken. Gandhi apparently completed a course in Development Studies and had also failed in one of his four papers”. Sonia Gandhi scores a massive self-goal! Do you know what she said on Muslims and BJP? US is about to provide India, a rare defense technology which is only reserved for close allies…Pakistan you better watch out this time!!!