Is Opposition going against India,..

No one can deny that Taj Mahal (Tejo Mahal) is one of the architectural masterpieces of India. It gained worldwide popularity after it was included in the 7 wonders of the world. But did you know that there is another architectural wonder in India, front of which, the Taj Mahal just fades away.

A temple that can never be built again!

The Kailash or Kailasanatha temple is one of the largest rock cut ancient Hindu temples located in Ellora. The construction style of this temple is not usual. The entire mountain was carved to create this structure. This is the only temple in the whole world where a mountain was cut out from the top to create a structure. This temple of Lord Shiva, the Kailasa temple, in Ellora caves (the whole area) is carved out of a single rock. This masterpiece is a contribution of  Rashtrakuta dynasty.

The archaeologists have confirmed that over 400,000 ton of rocks had to be scooped out to make this amazing structure. This would have taken centuries of human labour as per the experts’ calculation but what is stunning is that this temple was built in just 18 years. Even with modern day equipment, one cannot build this temple less than 400 years.

Taj Mahal is believed to be constructed in 21 years but this temple was constructed in 18 years. Using modern day tools, Taj Mahal (Tejo Mahal) can be recreated but not Kailasha temple. 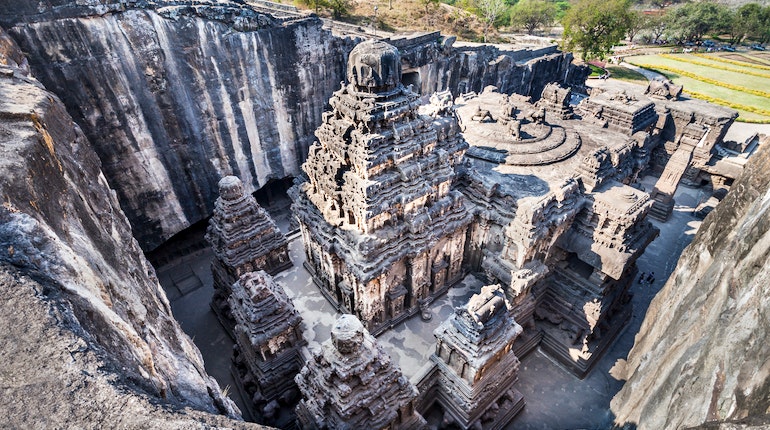 5 tons of rock was removed every hour from this temple to build this mammoth structure!

Yes, you heard it right! 5 tons of rock was removed every hour nearly four-century ago. Even today, with all the modern scientific tools, it is not possible to remove 5 tons of rock every hour. But how was this possible back then?

Even though science ( not Indian science) cannot reproduce the wonders found in India, it was efficient to at least trace the exact date of construction of various structures. But in this case,  modern day science has totally failed.

Forget building this temple, one cannot even destroy it! A fanatic Islamic invader employed thousands of soldiers to destroy it but failed miserably

In the year 1682, Aurangzeb passed an order that Kailash temple must be destroyed. To execute this order, records indicate that a thousand soldiers were employed and they worked for 3 years but they couldn’t even tarnish the beauty of this temple.

Few statues were vandalised and nothing else was possible at the hands of this Islamic invader’s troop. “Mission impossible”, this is what he thought and finally gave up. 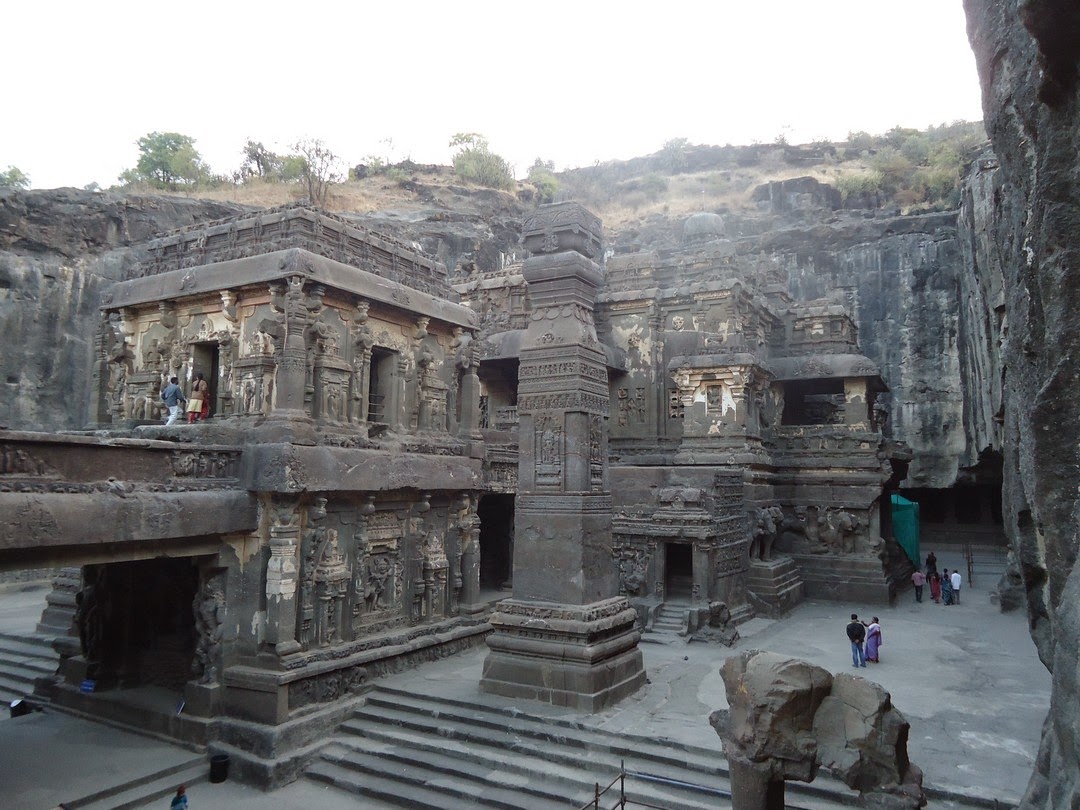 Few experts also believe that this temple was the first temple to be constructed in the Ellora cave that has several other spectacular temples. Out of 34 temples, only Kailash temple can be viewed over the air. The temple also has some mysterious symbols which are said that it was like an indication for extraterritorial forces.

Even today, several so called cities lack a proper drainage and rainwater harvesting system. But this temple has everything so perfectly designed. One thing that shouldn’t go noticed is that no external rocks and supporting stones were used in the temple. Kailash temple has bridges within it that connects various towers that is found at the temple.

It is a known fact the there were not sophisticated tools other then sickles, machetes, knives etc, yet this gigantic rock was carved into masterpiece.

What are the few masterpieces found in this temple!