Sensational! Not RSS but the then Congress govt had given its approval for the Tuticorin Plant! The Congress party..

Sensational! Not RSS but the..

Islamic terrorism is one of the biggest threat faced by every country in the world. Apart from those people who fund these terror organisation, almost all countries have been victims by these terror elements.

Unfortunately, India has now become the prime targets for various terror organisations which are desperately waiting for an opportunity to strike India. The sad part is whenever the issue of terrorism is raised, the vested interest groups drag in the religious angle and hide themselves behind the minority status. It is very well known as one of the main reasons for Kashmir turning into a battlefield is because of Islamic terrorists backed by Pakistan Army which wants to severe Kashmir from India.

This effort is going on since 30 years and Kashmir has become a hub of terror activities. It is not that Indian army cannot bring an end to terror activities, given a chance, our army has the capacity to end every terror activity in Kashmir within a week and bring normalcy in the state. But the state governments which have been ruling since 30-40 years have been hand in glove with terror elements and openly speak against India. So, the biggest hindrance is the political parties who have protected these Jihadis.

Even when there is BJP government in Jammu Kashmir, not much drastic change has been noticed and they have remained mute on most atrocities against Hindus which has angered the people of Jammu who voted for them.

Despite there have been various terror incidents recently, the Home ministry passed an order to Cease Fire during Ramzan which irked the Indian Army who is risking their life everyday to bring peace in the state.

Why HMO India is wrong is ordering Cease Fire!

The HMO has shown a goodwill and respect to the Islamic terrorist and given them a chance to realise. But what HMO doesn’t realise is the terrorists do not care about Ramzan or any festival in their path to achieve Jihad. The only festival terrorists celebrate is killing innocents.

Home Ministry which thought that there wouldn’t be any terror attacks should first check this report.

In 2017, the situation turned even worse. In first 3 weeks of Ramzan, the ISIS killed over 300 people across 12 countries according to SITE Intelligence Group, an organization that tracks terrorist groups online. The toll increased as terror attacks continued in London which killed 48 people and hundreds in Afghanistan and Iran. 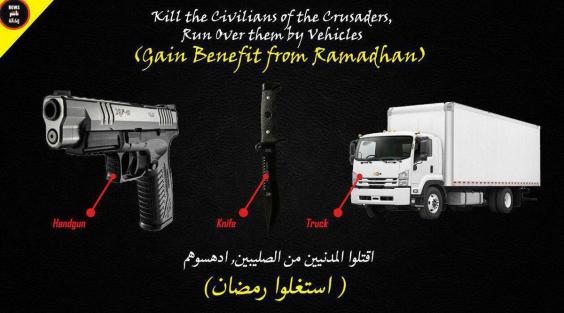 So, now it is clear that during Ramzan no terrorists would want to take a break from his killing activities, but would rather want to increase to get more rewards from God. The Home Minister will now have to understand implementing cease-fire will only help terrorists and anti-National elements to prepare well for the attack and kill more innocents and Indian army men.

Yet another victim of the policy of #RamzanCeasefire in J&K. After mercilessly killing an 8 month old in the Akhnoor Sector, now Pakistan Rangers yet again kill a child. 8 year old Krishna was killed in Pakistani firing in Samba Sector this morning. Who will get him justice? pic.twitter.com/k4xmC2t8IQ

8 month old baby shot dead by Pakistani snipers in #Akhnoor..!
Solution = Bring some of their people here, give them work, nurture, trophy them. Give them visas for free treatments in India. ???? Bravo Indians. #Pakistan #RamzanCeasefire #India #OurChildren pic.twitter.com/L3HgNmoE2Z

It is better Home Minister realises that peace talks is not the language the Pakistani terrorists understand and should stop agreeing to every request made by Mehabooba Mufti who is nothing less than a terror sympathizer. What Did Sardar Vallabhbhai Patel Warn Nehru About National Herald 70 Years Back??