Why is India Considered Safe..

There has always been the typical gender discrimination trend followed since ages. In India “feminists” are generally anti-Hindu, in spite of the fact that our religion predominantly speaks up for the empowerment of women. The slogan of equal “rights for women” are endorsed by many other activists, but practiced by only a few.

Yekaterina Lisina, the tallest female basketball player of all time, was deeply influenced by the Hindu religion and the tradition of worshipping goddesses by Hindus. She was highly influenced by the concept of Hindus’ respect towards women in India.

Yekaterina Lisina (born October 15, 1987), is a Russian Basket Ball player who competed for the Russian National Team at the 2008 Summer Olympics, winning the bronze medal.

Yekaterina is a staunch feminist and has always been against the patriarchal system that exists in the society. She had a realization that religions like Islam and Christianity does not have the concept of worshipping a female goddess, the way Hinduism does and this attracted her towards it.

Some of the names are here who have become the followers of Hinduism!!!
 Oscar-winning actress “Julia Roberts” has converted to Hinduism. She is a confirmed Hindu, who now goes to the temple in Los Angeles along with her camera man husband Daniel Moder and their children to “chant”, pray and celebrate on a regular basis. Harilal Mohandas Gandhi, son of Mahatma Gandhi converted to Islam and later reconverted to Hinduism.

 Zubeida Begum- Film actress on whose life story the film “ZUBEIDA” was based, converted to Hinduism upon marriage.

 Nargis- Bollywood actress, politician and social worker who converted upon marriage to actor Sunil Dutt. And also the mother of Sanjay Dutt. 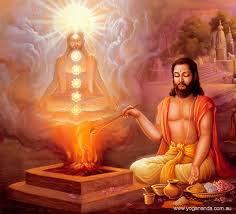 Who is really responsible for Jallikattu ban and why, Is it PeTA and Supreme Court only…NO!!! Who deposited Rs 20,000 crores in Sonia Gandhi’s Swiss account? Which is that foreign spy agency that regularly paid money to Gandhi family? Scheme of the Millennium!!! This scheme of Modi that entered “Guinness Book of World Records” is celebrating its 3rd Anniversary today