Have you ever heard of an incident where the killer himself turns into a saviour of many? Well, India has witnessed such an incident on January 12th, 2018. The allegations made by the 4 Supreme Court judges, Justice J Chelameswar, Justice Rajan Gogoi, Justice Madan B Lokur, and Justice Kurian Joseph were just suspiciuos but would have created an environment which would have led to an “Emergency” like situation.

Judiciary is one of the pillars of India but the allegations made by these 4 judges were successful in creating a slight mistrust, in the minds of the people, about the Indian Judiciary. What would have happened if this mistrust increased? If this was the case, then a murderer may say that the judiciary doesn’t have the permission to punish him as the judiciary itself is corrupt.

Fortunately, nothing as such happened and all thanks to this one man. Soon after the press conference, Justice J Chelameswar went on to meet the top CPI leader who is also a Rajya Sabha MP. While carrying out this meet, they forgot to maintain their secrecy and that’s when the entire allegation that the “judiciary is in danger” got punctured.

The man who saved 1.31 billion Indians was none other than CPI leader and Rajya Sabha MP D Raja. After putting the Indians in a confusion with their press conference, one of the judges made way for a suspicious meet. Within minutes, Justice J Chelameswar met the top left leader D Raja and fortunately the picture of it got leaked in the media.

D Raja spoilt it for ally Cong by getting caught meeting Justice Chelameswar. Set-up ruined. @OfficeOfRG could barely hide his anger at the non-presser #Judiciary

Who is this leader, D Raja? Why meeting his was a self-goal by Modi haters?

After General Bipin Rawat took charge, the terrorists are killed like anything in Kashmir valley. Under his leadership, Indian Army is successfully tackling the nuisance of Pakistan. But can you believe that this man named D Raja didn’t want General Bipin Rawat to be the next Army chief? Read his statement given on December 28th, 2016. He also added that appointment of Mr Bipin Rawat as Army chief was “very unfortunate” and was not in the interest of democracy and the country. Afterall, why was this man scared of Mr Bipin Rawat? Was he scared that Indian Army would kill each and every terrorist hiding in India?

There are many people who doubt the credibility of the Indian Prime Minister but let us ignore it. But how can a person raise suspicions on the Indian Army and its chief who spend their lifetime safeguarding the 1.31 billion Indians, without any rewards?

Now, this itself makes it clear that D Raja has no noble intention of uplifting India nor sorting out the so-called crisis in the Indian judiciary. But what haunts is that why the Justice  J Chelameswar met this anti-Army chief?

If in case the meet of D Raja and Justice  J Chelameswar would have been captured in the camera then there was all possibility of a nationwide protest just like it happened during the so-called intolerance debate. Hence, we can say that due to the mistake created by D Raja, 1.31 billion Indians were saved from a bigger conspiracy.

D Raja was in constant touch with the Congress party at this crucial junction!

Justice  J Chelameswar could have met Prime Minister Modi or even President of India Mr Ram Nath Kovind. But he chose to embrace the opposition party leader of India. Journalist Arnab Goswami also revealed that D Raja was in constant touch with the Congress leader. So does this mean that the press meet of the 4 Supreme Court judges was scripted by Congress party?

Why did the Congress target CJI Deepak Misra?

Two key cases CJI Misra will adjudicate in 2018: Ram mandir in Ayodhya & 1984 anti-Sikh #genocide. No wonder @INCIndia & its Left cronies have targeted him 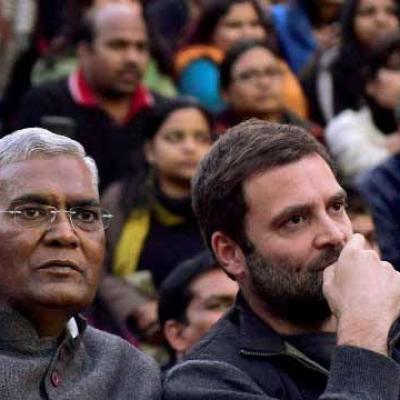 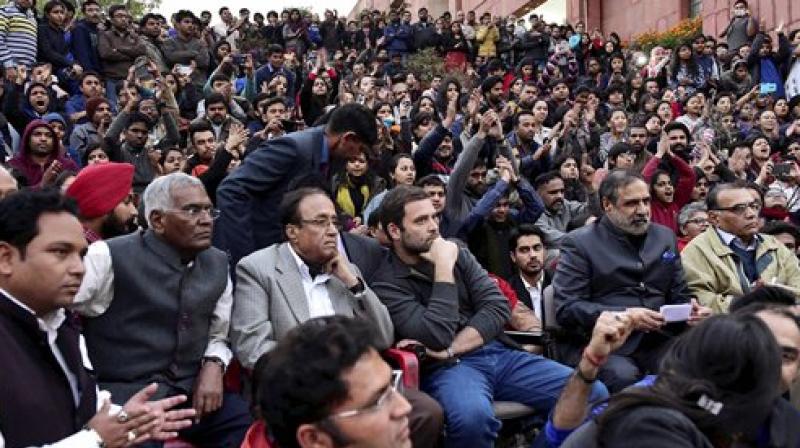 Do you know who is D Raja’s daughter?

These were the words of notable filmmaker Ashoke Pandit.

Instead of meeting d President #justicechelameswar meets the #CPI leader #D.Raja. He stands exposed and an inquiry should be initiated against him for us to know which political party he represents nd for whom he is working. #JudiciaryDivided #JudgesAtWar #JudgesPressConference

Call records of leaders like #D.Raja whose daughter shouted #BharatkiBarbaadi in #JNU should be checked to find out how many calls he has made to these #Judges while planning the entire act. #IStandWithDipakMisra

More than 20 other Supreme Court judges didn’t say anything! This makes it clear that the judiciary is functioning properly!

What about the 23 remaining SC judges who are standing my CJI Mishra?? doesn't this press conference seems politically motivated #D Raja

“Rahul Gandhi absolutely right – when dissent is expressed by Supreme Court judges it must be heard and acted upon by the CJI. By the way, what did Rahul do about the dissent I raised about a rigged election system within the party sir? Double standards?

Rahul Gandhi absolutely right – when dissent is expressed by #SupremeCourt judges it must be heard & acted upon by the CJI..by the way what did Rahul do about the dissent I raised about a rigged election system within the party sir? Hmmm double standards? #JudiciaryDivided