Hinduism has its roots spread to every corner of the globe!!! This discovery in Vietnam will double your pride..

Hinduism has its roots spread..

“Yoga Vasishtha” is the inner journey of Lord Rama in the story of Ramayana. It is a glorious conversation among a great master who knows the self and an able disciple who is qualified to know it. Having 6 different parts in it, one among them explains the possible use of Artificial Intelligence (A.I) in the earlier times of Hindu Civilisation.

The book describes about the applications of A.I and also about human-like emotions such as ego in robots. Here’s what it says:

One Asura named “Sambarasura” had the power to raise himself in the sky and fight from outer space. Rig Veda clearly mentions that Asura does not mean “Demon” in the actual sense. In fact, Asura means ‘the one who is not Sura or one who has magical or phenomenal powers’ as per mentioned in the Rig Veda.

This Sambarasura created 3 robots using his technology and named them as Dama, Vyala and Kata accordingly.
Dama-derived from the root dam which means to tame, subdue, conquer, restrain of course the enemy.

Kata- was like a modern tank protecting army. The word ‘kat’ means to go, to cover. It could go and cover the army. 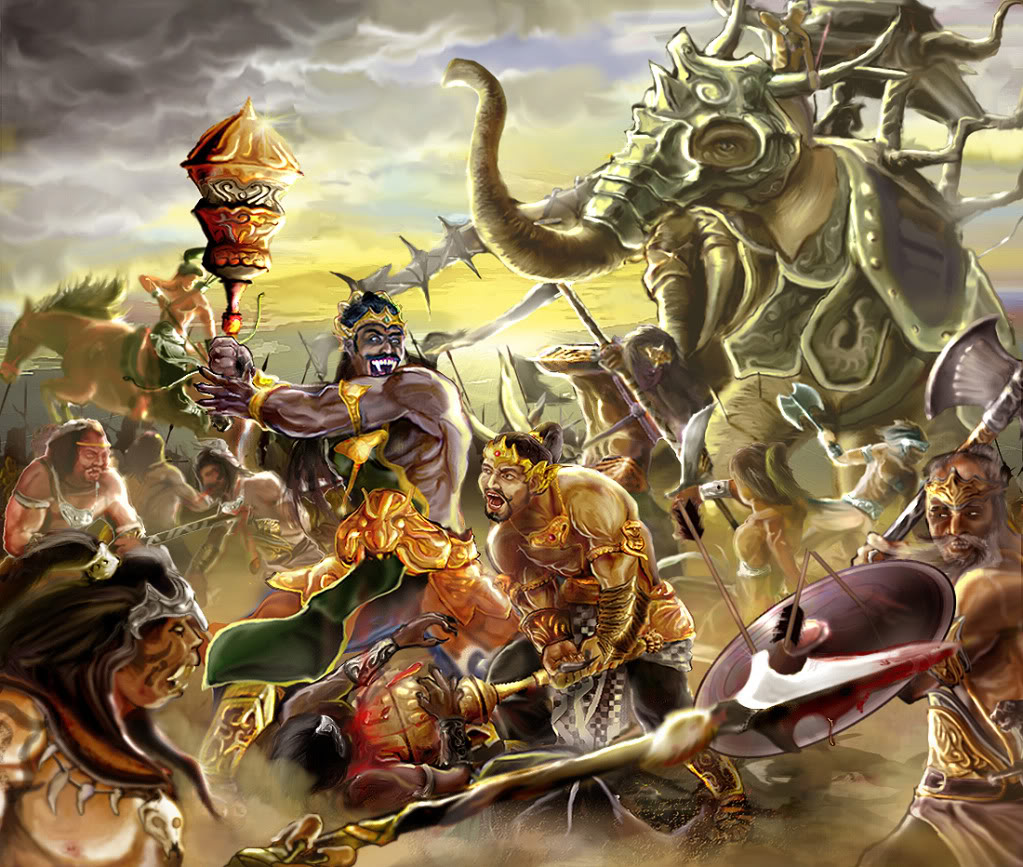 Those three Robots were lifeless machines and therefore had no sentiments, no emotions, thus were never defeated. The 3 robots always won the war against Adityas (Gods). Later A.I was induced into them. Meanwhile, Adityas had their own tricks to play. They fought with the three Robots and ran away, many times with defeat. This induced Ego in the Robots.

Ego arised as the robots were thinking like humans due to A.I. Adityas observed this change and told them that, because of their valor Sambarasura always wins and enjoys his life at their cost. This added emotions and sentiments. They felt that they should also enjoy their lives. As the human sentiments arose, fear too propped up in them. Naturally, they could not fight with the previous zeal and were defeated by Adityas.

No doubt we need advances in modern science and technology but at the same time, we need to think about the consequences that come along with the advances and discoveries in the present Kali Yug. There are a number of such incidents mentioned in the Hindu scriptures which teach us lessons for life. This tale mentioned in the Yoga Vasishtha contains a lot to be learnt from.

Hinduism has its roots spread to every corner of the globe!!! This discovery in Vietnam will double your pride on Indian Culture and Tradition.. Why do we worship the linga of Lord Shiva?